SUSTAINED dry weather conditions have significantly cut Australian winter crop production, with the upcoming grain harvest now expected to come in 41 per cent below 2016/17, and well below the five-year average, according to Rabobank’s latest crop forecast. 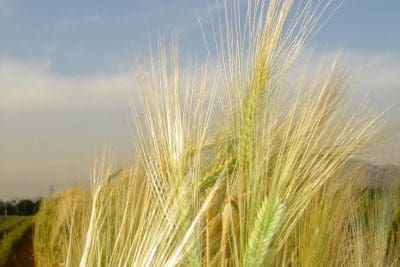 In its Australian 2017/18 Winter Crop Production Forecast, the agribusiness banking specialist said while a repeat of last year’s record grain production was not a realistic prospect, it was hoped the crop would at least come in around the five-year average – given planted hectares were only four per cent down on last season.

“The dry winter and frost in some areas has really taken its toll on wheat, with a 20.9 million tonne crop now on the cards,” he said.

“This is around 14 million tonnes smaller than last year’s wheat crop and 19 per cent below the five-year average.”

Canola has also been hit hard, Mr Lefroy said, with the 2017/18 canola crop expected to come in at 2.6Mt (28 per cent down on the five-year average), while barley and oats were also expected to be below-average at 7.9 and 1.1Mt, respectively.

“In contrast, pulses remain a bright spot, with production pegged to be only marginally down on average, largely due to the 11 per cent increase in planted hectares,” he said.

Mr Lefroy said although national grain production would be considerably down, the export surplus would be somewhat supported by high carry-over stocks, with Rabobank expecting 17 million tonnes of wheat to be available for export in 2017/18.

A country of two halves

Mr Lefroy said while most of the country had been affected by sustained periods of dry weather, the season was vastly different in the west compared to the eastern seaboard.

“In Western Australia and South Australia, the season was dry from the outset, forcing many to cut their planned hectares, and with much of the crop planted into dry topsoil,” he said.

“But after such an ordinary start, the season recovered, with late winter rain falling across most regions in the west.”

Mr Lefroy said the late-season rain had minimised crop losses, with Western Australia now on track to harvest a 7.9Mt wheat crop (around 1Mt below the five-year average), with much of the Central Wheatbelt anticipating an average crop and the Esperance region looking at a bumper harvest. That said, the rain came too late in the far north and east of the wheatbelt where some crops will not be harvested.

In South Australia it was a similar story, he said, however the late rain wasn’t enough to bolster production on the Eyre Peninsula – which typically accounts for around 40pc of the state’s wheat production. 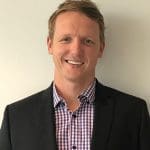 “South Australia is now looking at a 3.9 million tonne wheat crop, 15 per cent below the five-year average, however pulses, largely led by lentils, are expected to be up by 23 per cent, saved by early July rain across much of the Yorke Peninsula and south-eastern areas,” he said.

On the eastern seaboard, Mr Lefroy said, it was a completely different story, with Victoria and the Riverina “off to a flying start, while much of central and northern New South Wales was hit by one of the driest, if not driest, winters on record”.

“New South Wales is now looking at its smallest crop in 10 years, with much of the state failing to receive meaningful rainfall until October – which was too late for many. But it is the frost that has really had a detrimental impact, with some producers reporting crop losses of 80 to 100 per cent,” he said.

Mr Lefroy said the New South Wales wheat crop was expected to be 40pc below the five-year average at 4.7Mts (and 6.7Mt down on last year), while in Queensland the crop was set to fall by a similar percentage to around 0.8Mt.

It is a vastly different story in Victoria, however, with the state benefiting from follow-up rains.

“Parts of north-western Victoria have experienced one of their best years in recent memory, with early October rains shoring up yields. The state’s wheat crop is pegged around 3.7 million tonnes, and while this is well below last year’s record, it is 13 per cent above the five-year average.”

For 2018, Rabobank is forecasting a small appreciation in global wheat prices, with expectations for CBOT to move to 470-480 UScents/bushel by the end of next year.

“High global stocks continue to weigh on the price outlook, with 2017/18 shaping up to be the fifth consecutive year of record global production, and it is the low cost producers – the likes of Russia, the Ukraine and Argentina – who are driving much of this stock build-up,” Mr Lefroy said.

Locally, he said, supply concerns were supporting a strong basis for wheat, while local feed prices were strong, on the back of record numbers of cattle on feed – especially in NSW and Queensland.