WASDE bearish for wheat on increased US yields: Rabobank

LATEST figures from the United States Department of Agriculture (USDA) are bearish for wheat, with increased forecasts for US wheat yields feeding an increase in US wheat exports in the current marketing year, according to a Rabobank report released today. 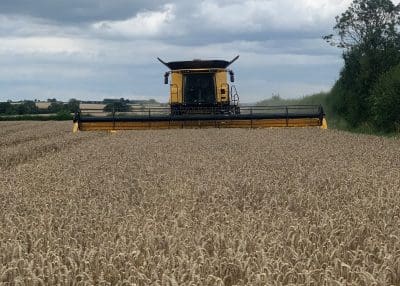 Last month’s hot and dry conditions have prompted the USDA to cut its production estimates for the EU and Russia. Photo: Will Oliver

The Rabobank Agri Commodity Markets Research report has summarised the August World Agricultural Supply and Demand Estimates (WASDE) released overnight, which it says has brought “a

few surprises on the wheat front”.

This included a 4.5 per cent increase in 2019-20 production for the US Hard Red Winter and Hard Red Spring wheat crops.

As expected, the forecast for Russian wheat production has been cut in response to recent hot and dry weather, and now sits at 73 million tonnes (Mt), down from 74.2Mt last month.

Rabobank’s summary said the 1.3Mt cut to EU wheat production, now at 150Mt, was a surprise.

“The key for the wheat market going forward is the export competitiveness of US wheat, which will face strong competition from Black Sea and EU wheat.

“The EU is expected to become a more competitive exporter following a year-on-year increase in production of 13.1Mt, and its exports could be assisted by a weakening Euro in light of Brexit challenges.”

The report has also increased Argentina’s forecast wheat exports by 500,000t to 20.5Mt.

While US yields have been surprisingly raised, from 50bpa to 51.6bpa, the effect on ending stocks is largely offset by increased US exports.

This reduced production outlook for Russia and the EU has lowered forecast global wheat ending stocks for 2019-20 by 1.06Mt.