NATIONAL representative body, GrainGrowers, has welcomed news of the successful conclusion of a joint scoping exercise by Australia and the European Union (EU) as a positive step towards starting negotiations for a Free Trade Agreement. 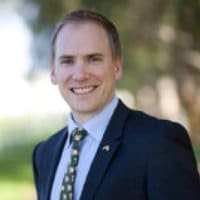 GrainGrowers general manager – policy & innovation, David McKeon, said that while the EU was a very significant grain producer in its own right, particularly of wheat and barley, it provided an important market for Australian oilseeds.

“It is a particularly important market for Australian canola, accounting for an average of 57 per cent of our canola exports markets in the five years to June 2015, and worth $900 million a year,” Mr McKeon said.

“Australia is second only to Canada, and marginally ahead of the Ukraine, as the largest canola exporter in the world, at 2.5 million tonnes per year.

“Our canola has enjoyed a price premium of up to AUD$50 per tonne into the EU in recent years due to the Australian industry’s capacity to carefully manage the supply chain and deliver non-genetically modified canola.”

Mr McKeon said while wheat and barley remained dominant on the landscape of Australian grains industry production, canola planting was likely to increase this year due to depressed international prices for wheat – making progress on the EU trade agreement even more important.

“Between 2009–10 and 2012–13 the total export value of the Australian canola crop increased almost four-fold, reaching nearly $2.1bn. The crop has made up 6pc of Australian grains exports in recent years, but this jumped to 13pc in 2015.”

“We support actions to liberalise trade by the removal of trade distortions including tariffs, quotas, and other technical market access barriers,” he said.

“While we will be working with the Government to improve access for grain and oilseeds into the EU market, it is important to note that current rates of domestic support for agricultural production in the EU remain an ongoing challenge in levelling the playing field.”