GRAIN TRADE Australia (GTA) has issued a new rail-based contract for use by its members which highlights the growing importance of privately owned infrastructure in the bulk-handling network. 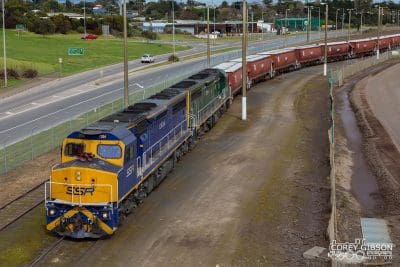 GTA, as the facilitator of commercial activities across the grain-supply chain, released the free-on-rail contract form in April to supplement its free-on-board (fob) and much-used track contracts.

“It allows people with rail exposures to trade under a standard set of terms and conditions.

Vision Agriculture director, Ian Dalgliesh, has welcomed the arrival of the GTA rail contract, and said it gave the trade increased flexibility at a time of growth in privately owned rail-side storages.

“Clients would prefer not to go long in private storages without the security of a rail contract in place,” Mr Dalgleish said.

Generating the requirement has been a rise in the number of storage operators, growers and corporations which have invested in rail-side storage and upgraded outload capability.

For some companies, that has included the acquisition of rolling stock to feed bulk grain into export markets through GrainCorp or private terminals now in operation in New South Wales, Queensland and Victoria.

“There’s more rail around that is not controlled by the large bulk handler, and this contract suits a market where there are more people involved.”

While GrainCorp has invested in expansion or establishment of some large storage sites in recent years, it has also sold a number of its small storage facilities in eastern states, many of which have been bought by private grain-trading entities.

“The contract has come about as more train sets, and more sites with rail outloading, are not owned by the majors,” Ikon director, Ole Houe, said.

“A lot of the users of it will be mid-tier site operators selling to mid-tier multi-national grain trading companies, as well as domestic companies with train capabilities,” Mr Houe said.