THE REASONS behind post-harvest price falls for wheat and barley in the Australian domestic market headlined topics for discussion at last month’s Market Check Super Seminars. 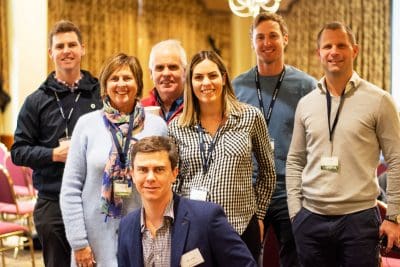 Held in Sydney, Melbourne and Adelaide, the events attracted a total of more than 200 Market Check-member growers from across Australia.

“One of the key themes we spoke about this year was unforeseen forces at play which helped drive prices significantly lower after harvest,” Market Check general manager business development, advisory and marketing Richard Perkins said.

“These included the barley anti-dumping investigation opened by China, which saw feed barley demand fall, and the issuing of import permits for Canadian wheat into Port Kembla which took a decent chunk of the domestic demand out of the picture.”

This year, GrainGrowers general manager policy and research Luke Mathews was a guest speaker at the seminars, and gave an update on what trade and market access meant for Australian grain farmers.

“We focused on the international trade space, and some domestic matters, with the trade agreement which we expect will give Australian feedgrain access to Indonesia being a real positive,” Mr Mathews said.

The Indonesia-Australia Comprehensive Economic Partnership Agreement (IA-CEPA) has been signed by both countries’ ministers, and is expected to be passed by both parliaments in coming months. 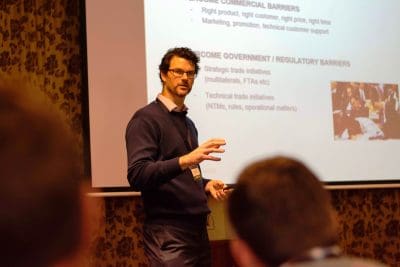 Mr Mathews said while Indonesia’s milling-wheat market had challenges brought on by Australia’s high domestic grain prices, and competition from the Black Sea, the IA-CEPA looked set to open the door to 500,000 tonnes of feedgrain a year.”

“That’s good news for barley, sorghum and wheat, and we expect most of the barley and wheat will come from South Australia and Western Australia.”

“At the moment, Indonesia sources domestic grain, primarily corn, for its stockfeed sector, which is growing rapidly.

“This agreement between Australia and Indonesia will assure some security to that market, and open up a new avenue for Australia.”

Mr Mathews also spoke about issues and challenges with China as a market for Australian grain in the current trade environment.

Tolerances for imidazolinone chemicals in cereals and haloxyfop in canola were also discussed with regard to Asian export markets.