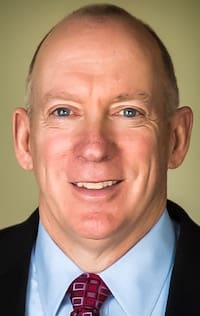 “The prospects are for what has been a very burdensome supply globally to start to shrink this year,” Mr Lapp said.

As the principal of United States-based Advanced Economic Solutions, Mr Lapp will be presenting Dynamics in world grain and oilseed markets for the coming year at the 2018 Australian Grains Industry Conference (AGIC) in Melbourne on Wednesday, August 1-2.

Weather could still flip a wildcard

Mr Lapp said the grain market sector was entering a new season as at July 1.

“Conditions now in Australia are a bit mixed but, like Canada, they’re better than they were.

“Canada is just starting to grow its crop, and pretty soon the Australian wheat crop will either finish getting planted or not.”

Mr Lapp said Australia would need an improvement in the weather very soon to get the rest of the crop in.

“Russia and the Ukraine are still pretty big question marks, and the US northern plains are off to a good start.

“The winter wheat output will be reduced from the FSU countries, and we have had a poor winter wheat crop in the US.  The balance sheet has been in surplus for the last two or three years, so maybe we start to see some tightening.

“That has not been reflected in prices at all.”

Mr Lapp said there was still a chance some weather surprises could kick values higher.

Because the US winter wheat crop is nearing maturity and about ready to be harvested, the only adverse weather impacts that could happen would be excessive rain during harvest.

The winter wheat in Russia is nearing the same stage, though the spring wheat crop there is still a question mark.

“Whether you talk to me about that now or talk to me in three months, there will probably continue to be uncertainty about what will transpire there.”

Mr Lapp said that although it was clear that trade friction was heightened, it was not yet clear whether it had led to China to reduce overall demand, or to divert to non-US origin.

Drought in Argentina saw it harvest its smallest soybean crops in years, however that decline had been offset by a record US soybean area allowing ample supplies of soybeans for US domestic and export markets.

“China has led the surge in global demand for oilseeds which is probably going to continue.”

However, China’s buying into 2019 was unknown.

Corn due for rise

Mr Lapp said the US corn crop was off to a good start and the corn prices appeared set for an upturn.

Lower values over time had encouraged more demand and the same low prices had discouraged production, which resulted in a forecast turnaround in 2018/19 ending stocks.

“The world situation will become tighter in the crop year we are entering, and we have cycled out of the lows where the surpluses were large.”

“We are about to exit the lowest of low-range prices we saw in better than three years, so for end-users, the gift of low prices is about to become less giving.

“We have been at a low idle on these major grains.”

Mr Lapp said in spite of the fundamentals suggesting markets were ripe to move off their lows, the short term impact of an impending trade war gave rise to bid prices and asking prices moving apart.

“It widens the bid/ask spread, which means producers receive less and end-users pay more, and there’s an inefficiency gap in the middle.

“Free trade is a win-win, and anything short of that is win-lose in my view of the world.”

The uncertainty also had triggered a significant decline in futures prices across the commodities.

“We have had roughly a 15 per cent drop in the price of US corn futures, wheat futures, and soybean futures all relating to the concern by the speculative funds that we might have a trade war.

“Everybody at the party tried to leave at the same time by the exit door, and that resulted in a sharp drop in prices.

“That has created a climate where prices are much lower than they were 30 or 60 days ago.”

“Today’s futures market does not reflect the tightness in global supply/demand that exists.”

World and US stocks are expected to decline, and potential for higher prices exists in the near term.

Mr Lapp said global demand for grain was growing, based on healthy GDP figures, and stronger demand from the livestock sector on the back of rising meat consumption in Asia in particular.

The AGIC will be held in Melbourne on August 1-2, 2018. Early bird rates close July 6. Visit: https://www.ausgrainsconf.com/