DETERIORATING winter-crop prospects on southern Queensland’s Darling Downs and in central and northern New South Wales have sparked the next round of buying from end users, and loads of current-crop grain from as far south as Victoria are now pricing into new-crop slots. 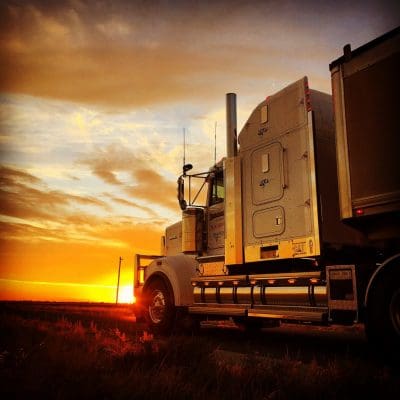 On top of uncertain prospects for an early planting of sorghum, a lack of local cereal supply has motivated Darling Downs feedlots and other intensive livestock producers to book positions for January onwards.

Traders said markets would continue to trade the south-to-north movement of grain, and the drawing arc was potentially much larger than some people realise.

“The old-crop Victorian market is pricing itself at carry through to execution into the Downs delivery January,” Riverina-based GrainlinkNSW general manager trading, Graham Allen, said.

“The new-crop delivered Downs wheat and barley market is trading actively every day.”

Forward prices into Darling Downs markets for January are strong enough to buy current-crop grain stored in Victoria, pay the cost of carry into the New Year, and road freight it to the Darling Downs in January, and this sent a warning to consumers in Victoria and southern NSW.

“It shows that the market will tend to draw from a long way, and the Victorian market needs to be mindful of it.”

“What today are the cheapest pricing points for wheat will have pressures on them from other areas that they don’t normally.”

End-users on the Downs and in northern NSW might normally wait to buy their main volumes of grain from October onwards off the header, but with winter-crop yield prospects fading by the day, buyers were looking at a different coverage strategy in the near term.

ACCB Australia, broker, Andy Cunliffe, said demand from the north had put a floor in values for run-out barley from the 2016 harvest, and new-crop also.

Based on the toughness of the season, Mr Cunliffe, said feedlots made the decision last month to cover themselves through to the end of October, as supply appeared to tighten.

Mr Cunliffe said one indicator of tightening supply was the delivered Darling Downs barley differential to wheat, which had narrowed from the normal $20 per tonne to around $10/t.

“The bid for Jan barley at $320 compared with wheat at around $330 for the Jan forward position; I think the barley balance sheet will end up tight.”

Fuelling that argument has been the news of a recent export barley demand.

“Barley traded a couple of weeks ago out of Australia, believed to be destination China for around 300,000t.”

Mr Cunliffe said while export traders had the ability to switch supply to another zone where grain was cheaper, domestic consumers fixed in their geographic location like the feedlots, with animals to feed every day, felt it was prudent to lock in supply because they couldn’t bank on deferred-delivery grain getting any cheaper any time soon.

Feedlots were aware last month that the forecast for September was still looking dry.

“One feedlot in the north said…there’s a 40-kilometre-an-hour wind blowing here, and in the middle of August it’s 25 degrees outside; I will be buying grain.”

“Given the winter-crop outlook from central NSW to Queensland, demand for millrun has substantially increased and will continue to increase as feedgrain users look to alternative sources of feed supplies.”

“We are seeing this demand give support to pricing where we are transporting millrun from southern states to Queensland and northern NSW.

“The same thing is happening on grain supply into all grain end users in Queensland and Northern NSW.”

Agrigrain Narromine trader, Sam Ward, said some barley was being sought to feed sheep and cattle which were now running out of pasture.

“It’s been ongoing demand because stock prices have been so good, and the odd load has been going here and there.”

The northwest NSW plains barley market has been trading at around $260/t delivered, and Mr Ward there seemed to be enough available locally to satisfy demand.

“We’re not up against the bigger feedlots which buy a lot of grain, so we can still get bits here and there.”

That may change as dry conditions bite and hopes fade for early spring rains to salvage some crop yield potential and fading pastures.

“We’ve all been hanging on to hopes for September rain that might hold conditions but realistically, we’re only going to see things go backwards,” he said.

“We’ve got warm days, cold nights, winds and some frosts, all the ingredients for a dry spring.

“Our window for rain which can turn things around is just about up, and all we can do is hope for the weak La Nina to bring some rain October-November.

“Anyone who’s carried grain, it’s certainly paid off for them; early this year, no-one saw the demand out there appearing when the tap got turned off.”