Weather may not be biggest short-term grain market driver

SPRING has arrived in the northern hemisphere, and the winter crops are entering a critical phase in their production cycle. Lack of rain in the forecast and soil moisture retreating in key parts of Europe and the Black Sea remain a growing concern for global production as crops emerge from their winter hibernation. 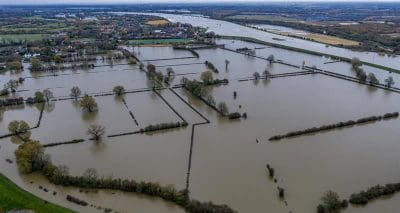 Much of the European continent has received below-average rainfall in the past four weeks. The trade is keeping a keen eye on the forecasts and rainfall registrations, as yield reductions will result if beneficial rain is not received before the end of April.

This is a stark contrast to the planting period, where wet weather hampered fieldwork and led to a substantial decrease in the planted area across parts of the European Union compared with last year. As a result, 2020/21 wheat production across the EU’s 27 member states and Britain is forecast to fall around 6 per cent to 145 million tonnes (Mt).

There are regions which have remained wet, and they will benefit from the dryer and warmer-than-normal conditions. However, this area is small compared with the area which will suffer if the lack of precipitation pushes cereal and canola crops into stress. The dryness may have assisted the spring wheat-planting program, but the situation is more critical for the freshly emerging plants, which do not have a developed root system to access the limited soil moisture.

France’s agriculture ministry has estimated its own soft wheat area would decrease by 7.5pc from last year to a 17-year low of 4.6 million hectares (MHa) due to wet weather at sowing. In contrast, the ministry put the estimated barley area up 2.8pc to 2MHa.

According to government agency FranceAgriMer, 62pc of the French soft wheat crop was rated good or excellent at the end of March, compared with 84pc at the same time last year. This is down 1pc week on week.

Germany’s 2020 wheat harvest is forecast at around 23Mt. This is unchanged from 2019 thanks to higher yield projections that are expected to offset a 6pc fall in the planted area to 2.9MHa. A mild winter in Germany has boosted winter-wheat prospects, and recent dry weather has helped spring-wheat sowing, but rain is needed in the next three weeks to maintain potential of both crops.

Most of Poland urgently requires rain to maintain favourable crop conditions. Poland’s 2020 wheat crop is estimated at 11.5Mt, an increase of 4pc on last year. However, this forecast is subject to downward revision if it stays dry for the remainder of the month.

The area sown to wheat in Britain is forecast to be sharply lower this season due to excessive rain in autumn and winter. This disrupted the winter-planting program and hampered crop development due to prolonged periods of waterlogging. Crops have died in some areas as a result of the inundation.

Additional spring-wheat seedings are only expected to partially compensate for lost area. Accordingly, the total area planted to wheat in Britain for the 2020/21 campaign is likely to fall by 17pc to 1.5MHa. The winter-wheat crop was rated 49pc good to excellent, with 6pc failing to emerge. The winter-barley crop is in a similar condition with 45pc rated good to excellent.

Dry weather continues in parts of Russia and Ukraine, and is starting to be reflected in production forecasts for the region. Several agencies have decreased their Russian production estimates slightly, but are still saying it is too early to make any drastic cuts. If the situation continues for another three weeks, the story will be vastly different.

Production in Ukraine is already expected to be lower than last year due to a reduction in the planted area and lack of winter rainfall. According to the Ukrainian grain traders’ union, winter-wheat production is estimated at 25.8Mt, down from 28.2Mt last year.

Risk of dry and/or frost

The United States Department of Agriculture released its first weekly national crop progress report for the season, and its condition estimates were better than pundits expected. The winter-wheat crop was pegged at 62pc good to excellent, the best early April crop rating since 2010. This is up from 60pc this time last year, and compares favourably with the five-year average of 49pc.

The biggest concern for crops on both sides of the Atlantic is a sudden cold snap. In many regions, crops have emerged from winter dormancy earlier than usual, and development is well advanced compared with the average for this stage of the season. This makes the crops at critical growth stages very vulnerable to sub-zero temperatures.

The dry weather outlook in Europe in conjunction with prolonged old-crop wheat demand driven by the COVID-19 pandemic is providing sustained support for old-crop and new-crop grain prices, particularly wheat.

Many consumers are placing a greater emphasis on nearby supply over price while fears of supply-chain disruption persist. This is despite a significant market inverse and the new-crop Black Sea harvest being only three months away.

Countries like Egypt have announced they will be purchasing up to an additional 800,000t of wheat during their harvest period which commences this month. This is an unusual move, as Egypt does not normally import wheat during its own harvest. This will increase strategic reserves to as much as eight months of cover.

Romania, the European Union’s second-biggest wheat exporter, has become the first country to ban grain exports during the coronavirus pandemic. The government has decided to prohibit exports of wheat, corn, rice, sunflower and other grains to countries outside the EU for as long as the COVID-19 state of emergency is in force.

These decisions are a sign that major importers and exporters are becoming fearful of supply in the current environment. While these actions alone will not have a material impact on global supply and grain prices, an escalation of such moves could distort traditional trade pathways and push grain prices higher. Any weather-driven production issues will no doubt exacerbate such price responses.