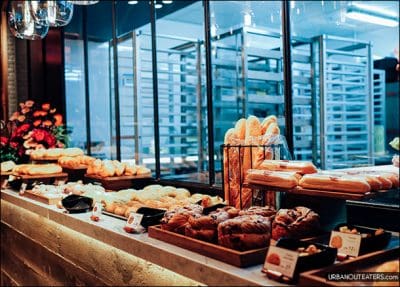 In its 2016-17 annual report released this month, the independent company which classifies wheat varieties, said the quality attributes for baking and noodle end use were different.

“On the basis of market feedback, there would appear to be a strong case for the establishment of an Elite Baking class,” the report said.

The WQA report said Indonesia was expected to be importing 3.2 million tonnes (Mt) of wheat annually for baking use by 2025, an increase of 28 per cent over 10 years.

Baking use was also expected to increase substantially in other key Asian markets over the next 10 years, with rises expected in China (32pc), Malaysia (15pc), The Philippines (10pc), Thailand (27pc) and Vietnam (35pc).

WQA said some APH and AH classes met quality requirements for baking, but were often co-mingled with other varieties more suitable for noodles, the major end use for both classes.

In addition, to receive the APH classification, varieties must meet requirements for noodle colour and colour stability, and for starch viscosity.

“These traits may not necessarily be correlated with the traits required for elite baking performance, which has likely led to the discarding of elite baking germplasm on the basis of its inferior noodle performance.”

“Should a baking class be established and a market opportunity realised, then the breeding companies and grain producers would respond in the medium term.”

WQA said market opportunities for baking products in Southeast Asia appear substantial, and could be increasingly met from a quantity perspective if an elite baking class of wheat could be grown outside Queensland and NSW, the current APH zones.

This grain could be marketed as a new product developed for a specific market.

WQA market intelligence based on Indonesia, Australia’s biggest wheat market, said its imports of wheat from Ukraine, Argentina and the US had increased at the expense Australian wheat.

It also said the US HRS class and Canada’s CWRS class wheats were preferred for baking over Australian APH and AH classes of wheat.

WQA reported that Australia’s share of the high-protein wheat market which is used to make ramen noodle appears to have collapsed in recent seasons, with no clear feedback to WQA on quality issues.

Australia sells YAN and High Protein (Hi Pro) WSN wheat into the market, and WQA said current YAN requirements do not include any sensory or texture testing.

WQA said Hi Pro WSN, especially when used for hand-stretched dough in China, appeared to be command “a very large premium” for which there was no current specific test or class, with the market further clouded by access issues.

WQA said it was unusual for a variety to demonstrate elite performance for both baking and noodle use, because grades shipped tended to be sold as flexible multi-purpose grades rather than elite in a particular application.

“In a market which is highly price sensitive, competitive and where differentiation is critical to premiums, the value of this approach is under close scrutiny.

Current classification requirements for Udon Noodle, or low-protein WSN, are more intensive and time-consuming than for any other class.

These requirements have remained constant for many years and WQA said there was no clear path for development of the class supported by market feedback.

In particular, the minimum colour standards for both Australian Noodle Wheat and APWN (Noodle) were under review and lack a clear market signal.

Australian Premium White wheat is the largest grade by traded value in Australia, usually followed by ASW, which is similar in volume but traded at a discount.

WQA said wheat-breeding companies were largely no longer breeding specifically for the APW or ASW classes, and while APW lines continue to be released, they were “failed” lines, as the original breeding targets would have been AH or even APH.

Breeders target AH and APH classes since growers, when investing in a new variety, are generally looking for a variety of the highest paying class.

WQA said growers were generally unwilling to plant APW varieties, as they did not wish to forego the possibility of delivering into the highest-protein class where a significant premium could be paid.

The vast majority of APW traded each season consists of APH and AH varieties that do not meet the receival requirements for these grades, usually because they fall below the protein specification.

A project to review the requirements of APW has been initiated to ensure that the value is maximised in balancing yield and quality, largely through ensuring the number of requirements is optimised.

WQA Classification requirements for milling classes are based on farinograph and extensograph measurements of dough rheology.

AH and PH classes in particular have minimum but no maximum requirements for dough strength.

However, AH and APH are required to demonstrate strong and balanced dough properties.

Very strong doughs must also demonstrate adequate extensibility and not demonstrate excessive stability, and WQA said there remains an inadequate description of the requirements for dough balance and insufficient direction from markets as to the optimum for each class.

WQA said the identification of marginal controls for APH dough balance in the 2016 Classification Guidelines has significantly improved the direction to breeders, and the dough balance requirements for AH classes are to be reviewed again.

WQA has been funded by through a four-year agreement between the Grains Research and Development Corporation (GRDC), Grain Trade Australia and WQA which is to wind up in 2017-18.

GTA members provide substantial in-kind contribution by way of support for the Council and Board.

In 2016/17, WQA received advice from the GRDC that it would no longer fund WQA beyond December 2017.

Eastern states bulk handler, GrainCorp Ltd, has co-ordinated, and paid for, the Laboratory Proficiency Program for the past two seasons.

Fees for classification advice were reviewed and increased again as part of an approach by WQA to develop a more sustainable funding model in which fees more accurately reflect direct costs in the classification process.