Will Russia pull back from Asian wheat markets?

THE surge of Russian wheat into Asian markets in recent years may have plateaued and is likely to ease back over coming years, according to United States Wheat Associates president, Vince Peterson. 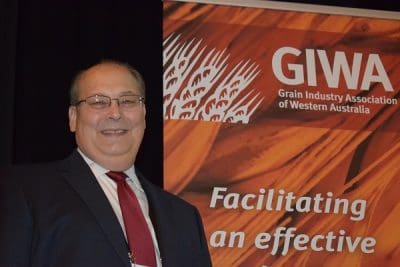 Addressing the Grains Research and Development Corporation (GRDC) Grains Research Update in Perth this morning, Mr Peterson said there were indications the penetration by Russian wheat into traditional Australian and US markets in Asia was unlikely to be sustainable.

“We focus on the Black Sea wheat and the competition and downward price pressure in export markets. I think there is good reason to think that they have their limitations. I am not as concerned about Russia in the long term,” he said.

Mr Peterson said one of the reasons why he thought the impact of Russian wheat on Asian markets had peaked was the unlikelihood that Russia could sustain the production capacity and economic incentive to target distant, Asian markets.

“They have had five consecutive years of almost record yield increases. Is that because of good farming practices? No. They have just had five years of exceptionally good weather,” he said.

“They have done a good job of building production up to a certain plateau. Being able to take it to another plateau of similar magnitude will be much more difficult.

“I think farmers in Russia will be subject to the same pressures and opportunities the rest of the world has. They can produce corn, soybeans and a lot of other things in place of wheat that puts them in a much better profitable situation. That is something that will limit them.”

Mr Peterson said market pressures were likely to see Russia refocus on its nearer markets in the Middle East and Africa.

“When I look at the growth of their potential markets that are convenient to them, everything from Turkey to Egypt to the broader Middle East and all of Africa, 82 per cent of their wheat is going into that market,” he said.

“That market is going to add 1.3 billion people in the next 30 years who will consume another 60 million tonnes of wheat, 50 million of which will have to be traded.

“So, I think Russia is going to be almost fully engaged supplying that market in their backyard and have more business to deal with locally.”

Mr Peterson said the increasing cost of exporting wheat long distances to Asia would also be a factor in Russian exports contracting to closer markets.

“The final economic pressure for the Russians to stay closer to home is ocean shipping. In the last few years we have seen ocean shipping rates come down to about the lowest level in 30 years. They are starting to turn,” he said.

“Oil prices are going up, the ocean freight fleet is being reduced and prices are starting to rise. If they move up to more normal ocean freight rates it will preclude Russian wheat from being expeditionary and moving thousands of kilometres beyond their normal range.

“For Australia, the US and Canada who are interested in the Asian markets, that will make our competitive environment much different in five or 10 years’ time than it has been in the last four or five years when we have had the big quantities of Russian wheat into Asia.”

Mr Peterson said grain growers in the US had opposed the Trump administration’s decision to withdraw from the Trans Pacific Partnership (TPP) and were lobbying for the US to reconsider its position.

“We were very strong proponents of the TPP when it was being first pushed. We pushed Japan to join the discussion way back when they were hesitant. They joined, then we changed the administration and we pulled out. That was somewhat embarrassing,” he said.

Mr Peterson said while the TPP wouldn’t necessarily provide new market access, it would provide an economic environment where markets and consumer income could thrive.

“We were going to benefit from that. But now, being on the outside, it is going to put us at a huge disadvantage in Japan as a second market, and that is a really big problem for us,” he said.

Mr Peterson said he was encouraged by President Trump’s recent pronouncements that he was not opposed to the TPP, he “just wants a better deal”.

“We don’t know what a ‘better deal’ is exactly. Our request to the administration is to please help us to find the ‘better deal’, but please don’t do any harm to agriculture in the process,” he said.

“If we can help President Trump find that ‘better deal’, declare victory and move on, that will be a good outcome.”