Malting plants which use domestically produced energy and inputs like this one at Geelong may find a place in the sun as manufacturing absorbs the impact of COVID. Photo: Malteurop

THEY TALK about geopolitics as being the way countries behave towards each other and unavoidably the conversations this year must include the ongoing influence of the COVID-19 pandemic.

“The United States does look to be on a difficult economic trajectory largely because it hasn’t done as good a job at controlling the virus but the Fed [US Federal Reserve] is going to continue to keep the risk of a genuine US dollar squeeze quite low, and that’s good news,” Mr Yetsenga said.

“We will have the economic cost to deal with, but there shouldn’t be a widespread deleveraging kind of crisis to go with the economic and health crisis. 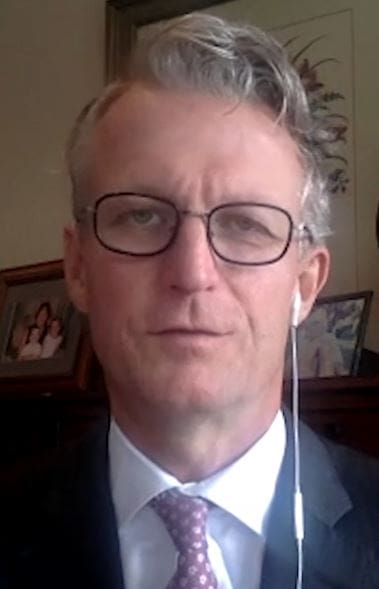 But one of the costs is widening inequalities, both within countries and between economies of the world.

“You can’t have large parts of the economy rationalising and losing jobs, and equity markets and credit markets largely doing a round trip, and think you will get any other outcome than widened inequality.

“I think the political aspects of that are going to continue for quite some years.”

Mr Yetsenga said this “golden age of globalisation around manufacturing” had been based around two very simple ideas.

“Locate the manufacturing in the places which are most competitive and, through the seaborne trade in coal and, more recently, LNG (liquefied natural gas), take the energy to the manufacturing.”

He said carbon-emissions policy was likely to encourage the world to work harder to achieve its Paris commitments.

“That will obviously have implications for the grains sector directly: what people choose to consume, how it’s grown and manufactured, and also of course how it’s transported.

“In a sustainable world, manufacturing will have to be co-located with the source of the energy.

“Australia’s in a very strong position if it can harness some of those opportunities.”

He said sustainable energy was “not really transportable” over long distances, as transporting the energy would cost more than production.

“There’s resilience in the global economy and that’s good news.

“In Australia there’s certainly resilience and we have policy-makers I think to thank for that.

“We shouldn’t underestimate the power of that, even as we go into the second wave.

“Policy-makers won’t be able to defray all the adjustment here, but I think they are going to play a meaningful role and I would expect them to continue to respond as this crisis gets pushed out further.”

Mr Yetsenga said the ranking of economies influenced the way countries behaved toward each other.

“I think you can see elements of that in the way the US and China have been behaving.”

Mr Yetsenga said China and the US had differed markedly in their handling of COVID-19, and that management was having a “very real” economic outcome.

“The net result is China’s taking a big step forward versus the US economy in relative size.

“China is still smaller but, before we knew about COVID, the Chinese economy was at 60-70 per cent the size of the US economy.

“It will probably finish it at about 80pc the size of the US economy.”

Mr Yetsenga said this was in some ways a repeat of what happened during the Global Financial Crisis of 2007.

“China’s policy response saw China take a big step forward versus the US and a lot of people thought that was not sustainable.”

Mr Yetsenga said countries focused on self-sufficiency generally in areas they decided were integral to their economic future and to some extent on food security, and that for the grains sector this issue went to the heart of international trade.

“Wheat and rice prices are quite strong; even dairy prices recently have been quite a surprise.

To the negative though, trade flows have been interrupted such as has been evidenced by China in its exclusion of Canadian canola, its demand for US soybeans, and its anti-dumping action on Australian barley, all of which have affected prices.

In its July 2020 Grain Insights publication, ANZ said, in respect of COVID-19, the task for the grains industry was to prepare and strategise for the confluence of major global factors set to continue impacting the sector.

The grain production sector is resilient by nature and the industry is the most competitive among globally traded agricultural commodities.

The top 12 exporters comprise 80pc of world trade and with such a mix of exporters, major import markets have the ability to switch suppliers reasonably easily.

The Australian grain industry is focused on maintaining relationships. It must continue to innovate, both in terms of the grains themselves, as well as the supply chain processes.