A COMPETITIVE tender process has started for 110,000 megalitres of water in the largely untapped Flinders River catchment of north-west Queensland.

While tenders were opened this week, Grain Central understands the water will not be allocated until the end of next year. 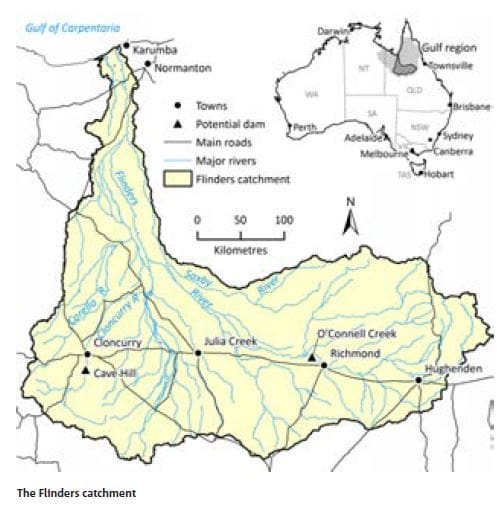 The catchment has seen some significant investment in the past two years. Etta Plains Station, a grazing property on the Flinders River north of Julia Creek, was purchased with a water license by a New South Wales farming family in 2019 and has since been developed for irrigation.

A handful of other NSW farmers have been trying dryland farming in the area, and the Australian Agricultural Co has a 2000ha cropping trial this year in the region.

With calls for more water to be released, the Queensland Government announced earlier this year it had plans to allocate 145,000ML in the catchment, with agriculture and mining companies in the mix.

This week, water Minister Glenn Butcher said some of the water was awarded to a prospective vanadium mine near Julia Creek and 110,000 megalitres will go to a competitive tender process.

“We are delivering on our commitment to open the tender this year so we can get this water flowing to this community,” he said.

“This water will increase agricultural capacity in the area and help drive prosperity, jobs and growth.”

More than 180,000ML of water has already been released in the Flinders River catchment, and a lot of the allocated water is still unused.

This time, the terms of reference set out by the Department of Water is requiring tenderers own land on the Flinders River catchment, to have watercourse mapping, a water modelling report, statement of intent to address adverse impacts and bid price.

While the cattle industry is still the main agricultural player in the area, there has been growing interest in cropping.

A recent cropping field day hosted about 70 people in Julia Creek, looking at addressing some potential issues and forming more regular correspondence between landholders interested in farming. The feasibility of a cotton gin has also been explored, with study finding it a viable prospect for the area.

Several dams have been proposed , including one at Hughenden which has received at least $180 million in Federal Government funding. Similar proposals have been made in Richmond and Cloncurry.