THE terms of reference for the Australian Competition and Consumer Commission’s (ACCC) inquiry into the Murray Darling Basin water market have been released today.

The inquiry will look at options to improve the transparency and efficiency of the water market. 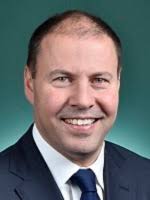 It will also examine changes in water use, carryover water, trade between water valleys and systems and the effect of water speculators on the market.

Federal Treasurer Josh Frydenberg said water was the lifeblood of communities in the Murray Darling Basin and it was important that the market operated in a transparent and effective manner.

“As with any market it is important to take a look at how it is performing and whether it is operating as intended and to the benefit of communities who rely on the Basin,” he said.

Minister for Water Resources, Drought, Rural Finance, Natural Disaster and Emergency Management David Littleproud said the Government had listened to the concerns of farmers in delivering on this election commitment.

“I promised this thorough inquiry after hearing from farmers as I travelled up and down the Basin,” Minister Littleproud said.

“Farmers told me they had concerns around changes in water use, trade between valleys and the effect speculators have on the water market.

“It’s important to make sure the market is operating as intended – our regional communities depend on it. We need a transparent market in which farmers have timely access to accurate information.

“I invite farmers to participate in this inquiry.”

The Government has asked for an interim report to be delivered early in 2020 with a final report by the end of 2020.

NSW Farmers’ Conservation and Resource Management Committee chair, Bronwyn Petrie, welcomed the announcement of the long-awaited terms of reference for the ACCC inquiry into water markets and trade throughout the Murray Darling Basin.

Ms Petrie said NSW Farmers had been calling for transparency in water markets and trade, an examination into the impact of market speculators and the consequent deliverability issues that have resulted.

“Many of our members and regional communities believe these have created adverse cumulative impacts,” she said.

“Since the uncoupling of water from land farmers have been noticing expansion in locations for water use with additional water being demanded outside of traditional established irrigation areas.

“Additionally, the activity of water speculators in water trade markets has increased water prices, often pricing irrigation farmers out of the market and creating significant impacts on agricultural production including dairy, fodder and cereal production.

“Irrigation farmers across the Murray Darling Basin have been calling for the investigation of the issues they see and experience with the water market. This inquiry will provide a detailed analysis of how the market is operating and where there are options to improve the transparency and effectiveness of the water market.”

The National Irrigators’ Council (NIC) has welcomed the announcement of the terms of reference for an ACCC inquiry into the water market.

“NIC has been highlighting concerns and advocating an inquiry into the water market for some time.  We are pleased to see the announcement by the Treasurer and Water Minister delivering their election commitment to refer this to the ACCC,” NIC chief executive officer, Steve Whan, said.

“Australian governments decided to create water markets so that water could move to its highest value use, to encourage efficiency and boost agricultural production.  The creation of water markets – which predates the Murray Darling Basin Plan – also provided a mechanism that allowed Government to buy water back for the environment.

“However, in any market – particularly one for a resource that is so subject to climate variability – there are winners and losers.  There is no doubt the current drought conditions have exacerbated negative impacts of the water market for some regions and some types of crop.

“The stresses are particularly marked in a thin market where so many irrigators have zero allocation.  Since the market was created, one in every five litres of water that was available for production has moved to the environmental water holder, we have a severe drought and system constraints.  It’s no wonder people are worried.

“The water market that has developed is complex and sometimes difficult to engage with or understand.  It has differing registration systems, standards of information, timeframes and a large range of products.”

An outline of the terms of reference for the inquiry can be found via the Treasury website.