THE international wire services have been abuzz this week with talk one of the world’s biggest grain traders, Glencore, and one of its oldest, Bunge, are entering into friendly arrangements. 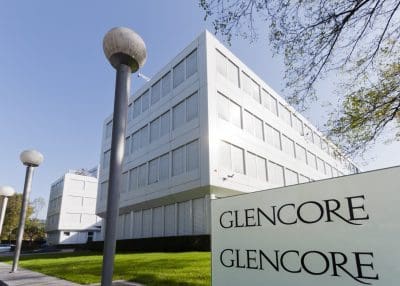 It is a union that is not to be, according to long-time global agribusiness Bunge, the unwilling target of a move which its competitor Glencore has described as a “consensual business combination”.

On May 23, the talk kicked Bunge’s media unit into action with a definitive Bunge Issues Statement issued from its global headquarters in White Plains, New York.

“Bunge is not engaged in business combination discussions with Glencore Agriculture Ltd or Glencore plc.  Bunge is committed to continuing to execute its global agri-foods strategy and pursuing opportunities for driving growth and value creation.”

The asset mix of the agriculture arm of Glencore and Bunge’s agribusinesses has synergies.  Bunge has strength in North and South American oilseed processing, river barge and terminal activity, whereas Glencore’s agricultural activity — along with pension fund partners — adds a stronger focus than its suitor in Canada, Australia, CIS and EU.

However, it looks like both entities will continue to go it alone, for now at least.

When it comes to Australian agribusiness, Glencore’s footprint is much bigger than Bunge’s.

While Bunge has solid ranking in trading and export of cereals and oilseeds, Glencore’s pre-eminence in those export sectors, along with origination, ranks in the top three among CBH Group and GrainCorp.

Glencore’s strength in high-value pulses such as chickpeas and lentils seals the deal on its contribution to Australia’s agribusiness.

Its website states that Glencore Agriculture is the largest direct originator and handler of pulses globally, a big call in the world’s new, high-value, human consumption pulse food trade.

Bunge’s port facilities at Bunbury in Western Australia and country storage sites are significant investments targeted by the company as fresh development of its footprint in Australia.

The company’s agriculture assets in the previous century were mostly in New South Wales and Victoria, vertically integrated such as feed-milling, piggery, milling and baking, starch gluten manufacture and smallgoods; the company traded out of these assets, in the same way as their global counterparts have been doing for decades.