THE Australian Competition and Consumer Commission (ACCC) has concluded its investigation into Cooperative Bulk Handling Ltd’s (CBH) promotion of its Paddock Planner App (PP App) which it had commenced after concerns were expressed by growers. 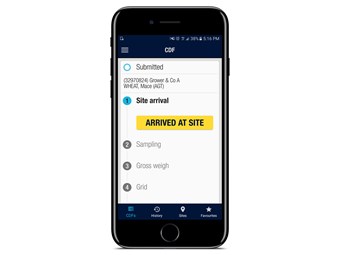 The PP App is an online estimates tool which collects data from growers about their paddocks, crops and expected yields.

For the 2019-20 harvest, CBH offered growers a 50 cents per tonne discount off grain receival fees if they submitted their crop estimates through the PP App.

The ACCC commenced its investigation after hearing concerns from growers and their representatives about the introduction of the PP App and the potential for anti-competitive and misleading conduct.

“We have now concluded our investigation. We considered all the information available, and concluded that there was no evidence that Paddock Planner App breached any of the competition or consumer laws,” ACCC deputy chair Mick Keogh said.

“Nonetheless we remind all businesses with substantial market positions that they must not engage in anti-competitive conduct or mislead suppliers or customers when collecting data from them.”

During its investigation, the ACCC assessed whether CBH:

The ACCC’s conclusion of the investigation was based on a number of factors, including the fact that growers only need to upload information to the PP App about grain they intend to deliver and store with CBH.

Growers also have full control over who they allow to have access to data uploaded to the PP App.

Further, the use of the app is not compulsory and growers are free to provide crop estimate information to CBH through its existing LoadNet system, as they had previously done.

The ACCC said that, while it does not generally comment on investigations, it was considered appropriate to announce the conclusion of this investigation due to previous public statements regarding the investigation.