Co-operatives: what are they?

IN 1844 a group of 28 weavers formed the first co-operative when they banded together to start up their own store selling food items at prices they could afford, given the financial struggles of the time. 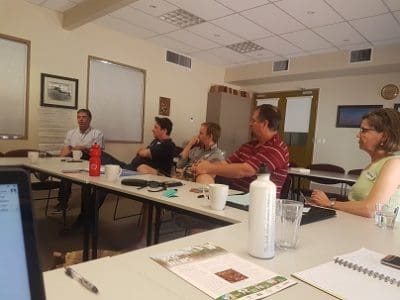 The store was based on the values of self-help, self-responsibility, democracy, equality and solidarity.

The business model quickly spread, with the first co-operative in Australia registered in 1859.

Over time, seven principles were formulated that include:

Now the co-operative sector has a turnover of over $27.8 billion in Australia, with over 2000 co-operatives operating.

Co-operatives are formed for the benefit of their members, and work on the principle that each member gets one vote.

This differs from listed companies where the number of shares you own equates to your weight in the vote.

Members who are active in the co-operative can nominate themselves as directors, while also playing part in electing directors.

There are two forms of co-operatives, distributing and non-distributing.

Distributing co-operatives can distribute a portion of the surplus to its members and can be in the form of bonus shares, dividends and rebates.

Non-distributing co-operatives are therefore co-operatives that don’t distribute surplus to members, but use the surplus funds to support the activities it undertakes.

One such non-distributing co-operative which is also the biggest in Australia and the 33rd largest agricultural co-operative in the world, is CBH Group.

The Western Australian co-operative was formed in 1933 when grain freight infrastructure and services were not adequate to meet the increasing production.

Now with approximately 4200 WA grain grower members, and managing 90 per cent of the WA grain harvest, it has become a success story of co-operatives.

CBH has continued to grow, when in 2016 it purchased Blue Lake Milling, well known to Victorian and Southern Australian oat growers and a bronze corporate partner of the Birchip Cropping Group (BCG).

The co-operative structure is the business model BCG CEO Chris Sounness and the team have been investigating to facilitate further progression in the farmer data space.

BCG has been working with the Business Council of Co-Operatives and Mutuals through this process, with the team trying to determine the best structure and to ensure that the co-operative is able to meet the legalities of the ever-changing technology and digital sector.

This project is funded by the Farm Co-Operatives and Collaboration Pilot Program (Farming Together Program), auspiced by the Southern Cross University to administer the Program by the Commonwealth of Australia, Department of Agriculture and Water Resources.

To register interest in the Farmer Data Co-operative or for more information contact the BCG office on 03 5492 2787.