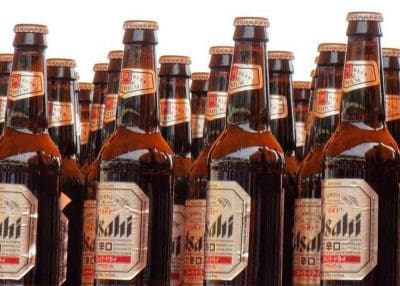 The ACCC has preliminary competition concerns about Asahi’s proposed acquisition of CUB.

“The proposed acquisition would combine the two largest suppliers of cider in a highly concentrated market.

“A combined Asahi-CUB would control the Somersby, Strongbow, Mercury and Bulmers cider brands, which account for about two thirds of cider sales. We are concerned that the proposed acquisition may lead to higher cider prices.

“Asahi argued to us that cider and beer are part of the same market, but our preliminary view is that cider is a separate market and drinkers do not readily switch between beer and cider.

“The ACCC also has preliminary competition concerns about the highly concentrated beer market.

While Asahi is currently a relatively small brewer in Australia, accounting for approximately 3.5 per cent of beer sales here, our preliminary view is that Asahi may act as a competitive constraint on the two largest beer brewers, CUB and Lion, and has the potential to be an even bigger threat in future,” Mr Sims said.

It is the second-largest supplier of premium international beers in Australia.

“Our preliminary view is that having Asahi in the market as a competitor to the big two brewers may help to keep a lid on beer prices. This competitive presence, and the threat of Asahi growing more in the future, would be lost if this deal goes ahead.”

In forming its view in relation to cider and beer, the ACCC spoke with a large number of market participants, including licensed venues, alcohol retailers, competitors and industry groups. Many market participants expressed concerns about the proposed deal.

The ACCC has released a statement of issues and invites submissions from interested parties by 22 January 2020. The final decision is scheduled for 19 March 2020.

CUB is a Victorian-headquartered Australian brewing company. Its range includes: