THE lack of access to reliable and robust statistics about agriculture is a continuing frustration for many in the industry, according to the Australian Farm Institute (AFI). 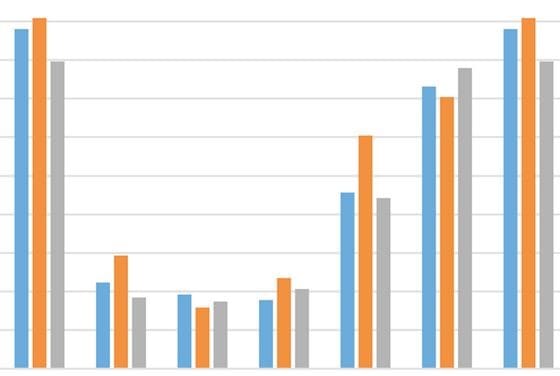 The AFI has experienced this frustration, with the analysis for several of its projects over the last few years constrained by the availability of appropriate data.

The problem of inconsistent or missing data and statistics is not only confined to niche issues or small sub-sectors of the industry but also extends to significant policy areas, such as increasing energy prices and climate change.

What is new, however, is the abundance of alternative data sources emerging in agriculture, such as electronic farm management platforms, satellite imagery, IoT sensors and commercial data.

This abundance is prompting stakeholders to question whether official statistics agencies (OSAs) should be utilising this data to provide more accurate, more timely and more reliable statistics covering a wider range of issues for the sector.

The research presented in ‘Reinventing Australian agricultural statistics’ has addressed the possibilities and limitations in using emerging alternative data sources to augment or replace official statistics.

The report presents a framework for evaluation of sources which could augment the existing agricultural statistics system, developed from a desktop study of available literature, and investigation of potential sources and collection methods.

Findings from the report indicate that while it is certainly possible to use alternative sources, there are many governance and reliability issues in doing so.

Industry groups will have a significant role to play in resolving these issues.

Official agencies such as ABS and ABARES should retain the key responsibilities of coordination, collection, analysis and distribution of statistics, however to do so effectively with alternative data sources, they will require strong, cooperative partnerships with industry.

Given the funding limitations, it is fair to say the current agricultural statistics portfolio reflects available OSA resources, rather than the actual needs of the sector.

In a time when water management and the impacts of climate change on agriculture are issues of fundamental national importance, this situation is unacceptable.

While the Australian agricultural statistics system is in a process of evolution, as yet it is still in a far from ideal state.

This research concludes that the system can be reinvented if a common purpose of contributing data for the general benefit of the sector is embraced and pursued by industry and official agencies.

The report will be launched at AFI’s ‘Farming in a risky climate’ conference in Brisbane on the 26th and 27th of June, 2019.