Will farm advisers still exist in a robotic, digital age?

WITH crop monitoring and analysis increasingly being outsourced to the latest automated sensing technologies, will there still be a role for agronomists and farm advisers in the digital age of the future? 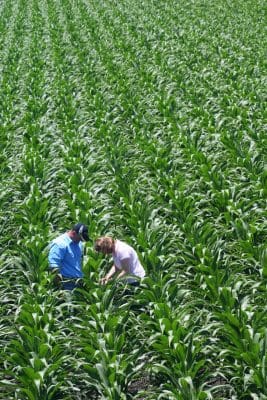 The role of agronomists is set to change in the digital age.

Premise Australia principal consultant, Tim Neale, believes there will, but only if advisers adapt to the changing world and take advantage of the new data streams that are available.

Mr Neale said while many new technologies were taking over the traditional roles of agronomists, there was one vital element automation and robotics could never replace – “the human touch”.

“Probably 50 to 75 per cent of an agronomist’s role has nothing to do with (the technology). His role is to give the client assurance and comfort that the decisions he is making are the right decisions,” he said.

“So, we are not going to see the end of agronomy services any time soon, but we are going to see change in the way we do agronomy. We need to reskill and refocus the skill sets of agronomists.”

Speaking at the TropAg 2017 conference in Brisbane, Mr Neale said there were four new technology segments that would impact on the role of advisers:

Mr Neale said there was already a plethora of sophisticated agronomic technology that existed in the marketplace.

“….we are not going to see the end of agronomy services any time soon, but we are going to see change in the way we do agronomy.”

“The farmer or agronomist can pick up this information and go to the exact spot in the field and look at why a seed was not planted correctly. So, there is really exciting technology already available that can get down to a seed-by-seed level.”

At the same time, he said there was a lot of “super cool stuff” in the weed protection space.

“There are at least three companies with green-on-green technology that can identify weeds in the field irrespective of the crop,” he said.

“From an agronomy point of view, not only will this stuff point and shoot and kill a weed, through artificial intelligence it will tell you there are four different species of weed in that field and the location of those weeds. 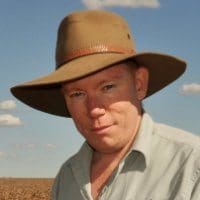 “That is a totally different approach to what we do now where we send an agronomist out and he comes back with a recommendation on what the farmer should spray.

“Now there is the opportunity where, if there are, say, four different weeds in a paddock, each weed gets its own chemical.

“It has opened up a whole new world of the way we check fields. That part of an agronomist’s role will disappear.”

Mr Neale said weed identification technology could ultimately see the end of the weed assessment and spray recommendation roles carried out by agronomists.

“Robots will be collecting that data for us and identifying what weeds exist, what chemicals work, what chemicals didn’t work, where is the potential for resistance. That is close to full commercialisation,” he said.

“There is already the technology to take a photo of a plant, what nutrition it has, what diseases it might have. You can see that that is just one step away from full automation in terms of recognition and recommendations.”

Mr Neale said the use of unmanned drones and satellites had opened up a whole new world of crop data collection and analysis. 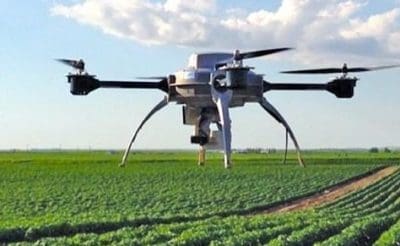 “With the data we are collecting from UAVs we can process it within 20 minutes. So, there is huge potential to grab lots of data on stuff that used to take us months to collect data on. That is really exciting because it reduces the labour requirement and increases the efficiency,” he said.

“Another thing that is becoming really available is satellite imagery. You can get a real-time update of crop health within hours of satellite capture which is something we weren’t able to do even 12 months ago. That means an agronomist can really start to become forensic about how he approaches a paddock.”

“Say an agronomist has 20 farmers with 20 paddocks each, that is 400 paddocks to check. We can now build a product that can show the 20 paddocks that haven’t grown this week and the agronomist can go and check those paddocks first,” he said.

“Most agronomy at the moment is very reactive. We need to turn that into a pro-active approach which means we need better information so we can make those decisions.”

Mr Neale said there were new soil sampling and analysis technologies that would also have an impact on the services agronomists offered.

“There are already automatic soil samplers available in the United States where they just drive across the paddock and it will collect all the soil samples for you and repackage them for posting to a lab,” he said.

“There is already stuff being developed in Australia and internationally where you put your soil sample in a jar and it will tell you how much nitrogen you have. All these things will rapidly increase over time.”