Are there any ‘catches’ for Australian cotton? EXCELLENT seasonal conditions and strong prices are fuelling a positive outlook for Australia’s cotton sector, with expectations next year’s crop could be one of the largest on record, according to agribusiness banking specialist Rabobank.

Discussing the positive outlook for cotton in its recent RaboResearch podcast ‘Any catches for Aussie cotton?’, the bank’s senior commodity analyst Cheryl Kalisch Gordon said the production and price outlook suggested there should be “no catches for cotton” as long as “we can get it in the ground this coming planting season”. 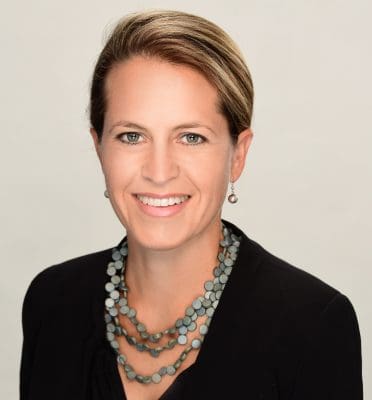 Early planted-area forecasts for the 2021/22 Australian cotton crop point to a sizeable increase, she said – anywhere from 49 per cent to more than 80pc year-on-year.

“The high end of these forecasts would bring planted hectares near the fourth-largest on record – a welcome second year of improvement after 2019/20 the second-lowest planted area in 40 years,” she said.

“So, a good-looking position for Australia to come back and we think around 4.5 million bales is a reasonable expectation for next year.”

Dr Kalisch Gordon said while some analysts were suggesting there “could even be some upside to that (production outlook), given they’re looking at average yields in their calculations”, the “real challenge might be getting cotton planted in wet conditions and then ensuring the sun shines over the growing season”.

London-based Rabobank commodity analyst Andrew Rawlings said global dynamics, with an “outlook that includes a deficit in production compared to consumption” were supportive of cotton prices, with the ICE#2 trading above US 85 cents/pound since mid-June.

Mr Rawlings, from Rabobank’s Agri Commodity Markets Research team, said stocks in Brazil and the US, the “key suppliers of cotton to China”, were now at a low, with both countries heavily frontloading their export programs this year.

“On the Brazil side, production’s looking pretty good with a slight increase from this year, forecast for next year,” he said. That said, cotton has had “quite stiff competition for acreage with corn prices being as high as they are”.

In the US, Mr Rawlings said, there was very good potential for 17 million bales of production output with “really good crop conditions and given such high prices, potential for quite low abandonment compared to previous years”.

Mr Rawlings said while production prospects in the US and Brazil were “pretty good”, they were “probably not enough to arrest the global ending-stock decline”.

“Not unlike many other commodities globally, we really are walking a bit of a tightrope on those stocks and looking to production to really come out on expectations otherwise we move into situations where we move even tighter,” he said.

Mr Rawlings said demand was expected to remain strong, with some pent-up demand from COVID and growing new demand.

This is expected to see the ICE#2 cotton remain above US85 c/lb out to the end of 2021 and continue testing the US90 c/lb level in coming months.

For Australia, Dr Kalisch Gordon said it was “not just prospects of a great growing season that would incentivise this year’s expansion” but cotton prices.

“Local cotton prices lifted six per cent during July to broach AUD600/tonne for the first time since COVID hit local shores,” she said. “ICE#2’s consolidation above US85 c/lb and the AUD tracking mostly sideways at the lower range in June were key to this lift, and we expect these two factors to remain in play for the second half of this year.”

As new US cotton becomes available towards the end of the year, Dr Kalisch Gordon said prices were likely to step down into 2022 but still remain 10pc above the five-year average at around US80 c/lb.

And this comes at a time when you “probably couldn’t get a much better starting situation” in terms of the season.

“Across New South Wales for example, there is not one cotton region that doesn’t have average or quite above-average soil moisture,” she said.

“The Bureau of Meteorology is forecasting a 70 per cent chance of above-average rainfall across all cotton-growing regions between now and November,” she said. “So as long as they can get their crop in the ground, the outlook is good.”