Sowing is in full swing in the southern valleys of New South Wales where growers are under pressure to fit the narrow sowing window, while further north from the Macquarie Valley through to southern and Central Queensland there is still plenty of time to sow, but water constraints are limiting planting intentions.

“The more northern areas, where they have a wider window, are waiting to make sure soil temperatures are spot on and are waiting for a change to plant on moisture. There isn’t the time imperative in the north,” Cotton Australia chief executive officer, Adam Kay, said.

“Water in the Macquarie Valley has gone from 1 per cent at the start of the year to nearly 50pc. That will allow them to plant something like 15,000 hectares, about one-third of their normal area.

“But, it is tougher as you go north of the Macquarie Valley. There haven’t been the inflows into the dams on the Namoi, Gwydir and Border rivers. So, while they have good looking winter crops, the rain hasn’t gone into the water storages. The irrigated hectares in those valleys are not going to be what people want them to be.”

Mr Kay said growers were watching closely the development of a La Nina which had raised the prospect of substantial summer rains.

“I don’t think it influences them until it actually arrives and there is water in the dam,” he said.

“For the northern valleys they have until the end of November to plant. If the La Nina happens and there are some inflows, that will see increased plantings in the northern part of NSW and south-east Queensland.”

Mr Kay said the COVID pandemic had had a dramatic impact on global demand for cotton and seen cotton prices fall.

“That is reflected in the price. Where it was $620/bale earlier in the year, it is now sitting at about $500/bale. But even at $500/bale, high-yielding cotton crops are profitable,” he said. 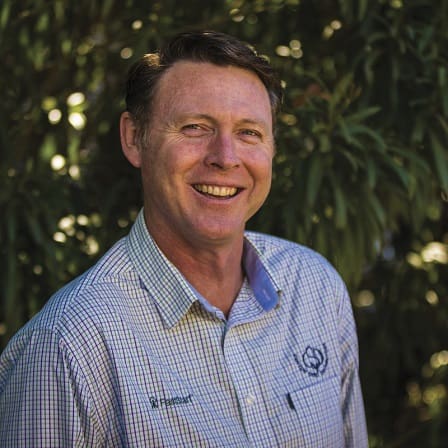 “Previous to that everyone was going flat strap trying to get crops in ahead of rain to save an early irrigation. It has worked well for some people, but we will have to see what the impact of this cold weather will have on germination,” he said.

“Two weeks ago growers jumped the gun, and then had to resow last week. There might be the same situation next week as our planting opportunities close off.”

Mr Millyard said while cotton prices had dropped significantly, so too had the price of water.

“The cotton price is not that attractive. Even for next year, the COVID situation has put downward pressure on the price. However, the water price has come from around $500 to $600/megalitre last year and this year it is back to about $120/meg,” he said.

“Rice was looking more attractive than cotton based on the current price of cotton. But rice is coming back at the moment on the basis of guys missing out on contracts or thinking they will carry the water over for next year.”

NW NSW back in the game

CSD extension and development agronomist for the Namoi Valley and Walgett, Bob Ford, said it was early days with not much of the crop sown yet.

“Growers waited for the change to go through over the long weekend when it was quite cool. There wasn’t much rain in it. Temperatures have warmed up a bit so they are hooking in,” he said.

“Keepit Dam has risen significantly on what it was, but that doesn’t mean too much in terms of allocations. They are still waiting for a big rainfall.

“If they don’t get enough water in the dam in October, there will be no allocation for this season across the Namoi. That will mean the area will be very similar to last year of around 16,000 to 17,000 hectares.

“Cotton is being grown at Walgett and Bourke this year. It has been a couple of years since they have had any.”

Mr Ford said some growers were pinning their hopes on La Nina bringing increased rainfall, but there was also a group of farmers who didn’t want rain as they were yet to harvest wheat crops.