Defend the use of glyphosate – but have a backup plan

WeedSmart northern extension agronomist, Paul McIntosh, urges the agricultural sector to take up the challenge of defending the use of glyphosate or risk losing the valuable chemical.

AGRONOMISTS and farmers need to vigorously defend the use of glyphosate at every opportunity, but at the same time develop a backup plan in case the important broadacre chemical is withdrawn from the market in the future.

That was the message from long-standing ag consultant and WeedSmart northern extension agronomist, Paul McIntosh, in a presentation to the Crop Consultants Australia 2020 Regional Workshop in Goondiwindi, Queensland.

Addressing the question ‘What if we need to farm without glyphosate and other chemistries?’, Mr McIntosh said glyphosate had proven to be a safe, reliable chemical in the more than 40 years since it was developed in the United States. 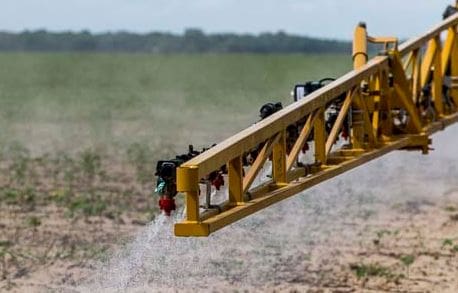 Since 1996, its use globally has risen 15-fold and in Australia it has become the key to the no-till farming revolution that transformed Australian agriculture.

But Mr McIntosh said while science had shown that glyphosate was one of the safest herbicides on the market, it was coming under increasing question by the wider community.

He urged the agricultural sector to take up the challenge of defending its use or risk losing the valuable chemical for which, to date, there was no equivalent replacement.

“Our most widely used herbicide is under huge scrutiny. We have a fight on our hands to protect it. When you get the opportunity to stand up for glyphosate it needs to be done. Science is on our side, but we need to do more,” he said.

At the same time, he encouraged agronomists and farmers to think about what they would do if glyphosate was no longer available.

“The challenge for everybody is to come up with a situation that A: you know about, and B: you can use in your farming system.”

Mr McIntosh said there was no single answer as everyone’s situation was different.

But managing hard to control weeds without glyphosate would involve significant change and demand new knowledge and new skills.

He foreshadowed that some of these changes might include: