Svitzer operates tugboat services at 17 ports, include the Port of Geraldton in Western Australia. Photo: Svitzer

THE FAIR Work Commission (FWC) has ordered tugboat operator Svitzer not to proceed with a lockout, scheduled to run indefinitely from today, which would have halted almost all shipping activity at 17 key Australian ports.

This action is only temporary, with the national FWC authority forcing Svitzer to suspend the lockout for six months.

It is unclear whether the Danish-owned company will seek to proceed with a lockout after this suspension period ends in May 2023.

However, stopping the lockout, even temporarily, has averted a potential disaster for the movement of grain exports and imports of vital agricultural commodities, such as fertiliser, as the industry faces a later than average winter crop harvest.

The lockout would would have prevented vessels being towed at ports including key grain export centres of Brisbane, Newcastle, Port Botany, Port Kembla, Adelaide, Geraldton, Kwinana and Albany.

There is no alternative towage operator at almost of these ports.

Svitzer has been in an enterprise-bargaining process with the three unions to create new enterprise agreements for three years.

This year, the three unions all signalled intentions to take industrial action, with the groups undertaking several stoppages of 1-24 hours. 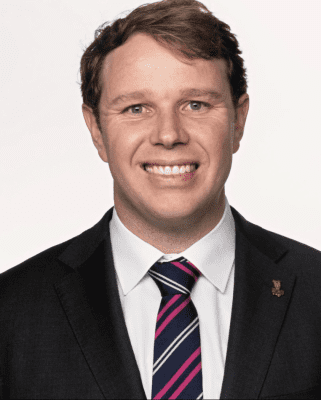 As part of the FWC process, the unions have agreed to cease industrial action for the next three months.

Industry body GrainGrowers has welcomed the actions of the FWC to prevent the lockout, which would have coincided with the start of the crucial harvest period.

GrainGrowers general manager policy and advocacy, Zach Whale, said the protracted industrial action is adding to the problems of exporters already struggling to move grain and keep up with international demand.

“We rely heavily on the nation’s ports and shipping networks to transport grain to overseas markets, and we need all aspects to operate efficiently.”

“It is critical industrial relations arrangements are managed to ensure goods can be imported and exported through the most appropriate port, avoiding delays and increased costs.”

He said unless action was taken, efficient export-focused industries like grains would suffer long-term damage, impacting Australia’s reputation as a trusted trading partner.

“This year, growers have been already hammered by wet weather, severely damaged roads and transport infrastructure.

“To have a shipping dispute on top of this, potentially stopping harvest exports is an unnecessary burden on Australian trade.”

Federal Minister for Agriculture Murray Watt echoed GrainGrowers concerns, telling the ABC that the government was “far from happy with what Svitzer is doing”.

“I think it would be realistic to think that [the lockout] would have an impact on our freight networks,” Mr Watt said.

“The tugboats play a really important role with our container vessels, and if we want to be able to get grain or other agricultural exports out of the country, we need those tugboats operating.” The FWC invited stakeholders to provide submissions on the potential impacts of a lockout on the wider freight industry as part of the hearing process.

Part of logistics company Qube’s operations is a stevedoring business.

In a statement to the FWC, Qube director – ports Michael Sousa said even if the lockout only lasted from today until Monday, it would cause major disruptions to the company’s operations at six ports.

He said during this weekend period 34 vessels carrying key commodities to five states would be turned away from the port.

Mr Sousa said that these vessels include about 38,000 tonnes of fertiliser with an estimated value of over $18 million.

As the manager of Port Kembla and Port Botany, NSW Ports also had a key interest in whether the lockout proceeded.

NSW Ports general manager – property, Julian Sefton, said in a statement that a lockout would create a “significant supply chain disruption” for the port operations, and for other industries that rely on these supply chains.

“Across the supply chain associated with Port Botany and Port Kembla, this will impact on labour servicing ports and supply chains and have knock-on effects to manufacturing, mining and farming where their inputs are unable to be supplied or their products are unable to be transported from site/storage,” Mr Sefton said.

AAT runs the Quattro terminal, which has a major grain export operation.

“Quattro grain silos will reach capacity in a day or two as a ship is due to berth to load out the export grain on Friday,” Mr Perkins said in the statement.

“If this does not occur, leaving the silos full, two export grain trains a day will cease delivery at a cost of $100,000 per train plus 50 grain truck receivals per day will cease for the duration of the Svitzer lockout.”