GPA chair, Andrew Weidemann, said the NSW Government’s announcement of a $100 million package, which included rebates for farmers in that state for zinc phosphide purchases, demonstrated a common-sense approach which deserved recognition.

Mr Weidemann said he was also encouraged by the NSW government saying it’s also working with manufacturers to help shore up supplies of zinc phosphide, which includes providing $5 million to assist with the costs of transporting zinc phosphide to Australia.

“We’ve been working with our members at NSW Farmers and industry to collaborate and ensure decision-makers understand the importance of delivering genuine outcomes which give farmers the tools they need to control mouse plagues now, when they need it most,” he said.

“This means allocating resources to prioritise zinc phosphide options; in particular the emergency permit recently issued to GPA by the Australian Pesticides and Veterinary Medicines Authority which doubles the potency of current zinc phosphide in mouse bait registrations.

“Manufacturing companies ACTA, Imtrade, PCT, Wilhelm Rural and 4Farmers have supported this application to give farmers a potent tool on-farm that’s based on leading scientific research and others are now expressing an interest in joining this response.

“In the longer-term, this will not only benefit farmers in NSW but will help fight mouse plagues in other States, now and in the future.” 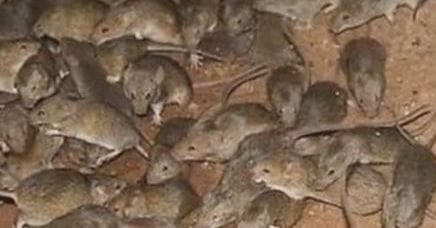 “That’s why we established the National Mouse Management Group in 2010 where we’ve been working with leading scientific experts to ensure they clearly understand the needs of grass roots farmers when working to solve problems,” he said.

Mr Earle said he was also pleased the NSW Government was working with manufacturers to help secure zinc phosphide supply, to help fight a potential spring surge in the mouse population.

Mr Weidemann said he understood the NSW Government still had an application with the APVMA for an emergency permit to use bromadiolone that’s proposed to be mixed with farmer supplied grain at NSW Local Land Services sites.

He said GPA had already voiced concerns about this approach, which if approved would allow local farmers to use this anticoagulant poison in perimeter baiting stations throughout the state, given scientific experts had vented warnings about its impact on non-target species.

However, Mr Weidemann said he noted recent comments by APVMA chief executive officer, Lisa Croft, at Senate estimates hearings in Canberra, clarifying the application remained under assessment and all permits “must meet the statutory safety, efficacy and trade criteria”, before being issued.

“GPA welcomes the APVMA’s statement that this assessment process includes ‘an environmental safety assessment to ensure the safety of potential non-target impact species’,” he said.

“And comments that current zinc phosphide registered products can be used in crops and are already available on the market, but bromadiolone is not currently approved for use in crops.

“We are looking for a scientifically sound, independent assessment of the efficacy of this emergency use permit, to ensure our industry’s long-term interests are properly projected.”