Grain sector faces new opportunities, challenges on the way to 2030

POPULATION growth and changing consumer dietary preferences will drive increased demand for grain over the next decade.

But the industry will also face the challenges of heightened international competition, climate change, trade tensions and a long road to recovery from drought and the COVID pandemic. 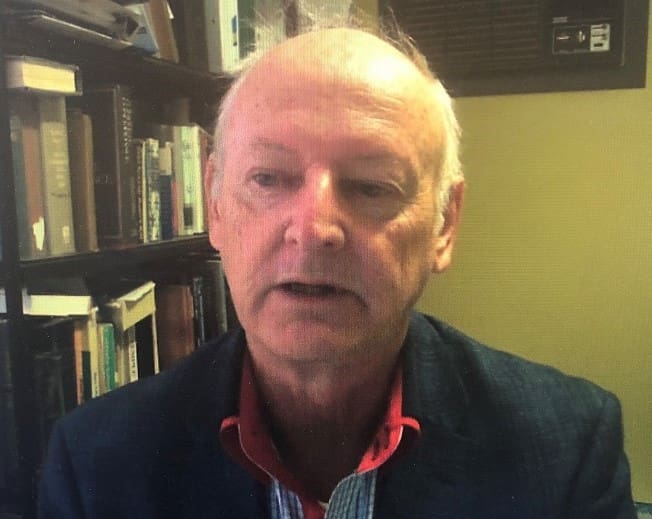 That was the forward-looking view of AEGIC chief economist, Professor Ross Kingwell, in a presentation to a GRDC Grains Research Update webinar yesterday where he addressed the question of what the grain industry will look like by 2030.

Professor Kingwell said the grain sector, particularly in eastern Australia, was going to experience structural change driven by population growth and the changing dietary habits of Australians, but squeezed by low-cost international competitors, trade pressures and the challenge of climate change.

He said New South Wales and Queensland farmers over the next decade were likely to increase their grain storage capacity and gradually shift their cropping programs to favour feed grain production with an increased emphasis on the domestic market.

At the same time, grain exports would remain important, trade tensions with China would likely continue to simmer and there will be a slow recovery from Australia’s recent drought and the impact of the COVID pandemic. Professor Kingwell said the stark decline in annual rainfall in most grain-growing areas in Australia over the last 40 years and the prospect of further reductions in rainfall and an increase in temperatures presented a challenge for grain production.

“It means water use efficiency always has to be improving if we are going to be able to maintain and increase grain yields,” he said.

“On the positive side, it means that in periods of low rainfall there is going to be increased livestock dependence on supplementary grain feeding. We have seen that in recent years in the drought.” “In Western Australia, some of the spring temperature spikes have been so great over the last few years that some farmers are talking about ‘heat frosts’ where the heat in spring affects grain filling in similar ways to a frost event,” he said. Professor Kingwell said the ongoing rise in both the local and global population presented a favourable opportunity for the grain industry.

By 2030 there will be about 30 million Australians, another 5 million more than current levels.

“For countries like Australia that enjoy very high per capita incomes, those populations increase their consumption of whole grains. That dietary change will continue in Australia,” he said.

“As people get richer, their meat consumption increases. In Australia, which is already one of the highest per capita consumers of meat, the composition of meat consumption has switched strongly into meats that are underpinned by grain feeding.

“Australians are continuing to shift away from lamb and beef consumption with affordability dictating that chicken and pork are likely to be increasingly preferred meats. These are meats that are underpinned by grain feeding.

“Poultry and pork are major destinations for feed grain. But the main use of feed grains is in beef.” Professor Kingwell said Australia regularly produced about 45 million tonnes (Mt) of grain a year, and of that 13Mt to 14Mt flowed into domestic industries.

“Feed grain demand in Australia is going to increase by up to 2.5Mt. To satisfy the growth, Australia’s grain production has to lift by that amount in the next decade.”

He said drought would continue to be one of the defining characteristics of farming which would have negative and positive effects on grain production.

“Whenever there is prolonged drought, as has been experienced in the last couple of years, there is going to be increased demand for feed grains,” he said.

“Beef prices are likely to stay high, which will make the use of feed grain in meat production attractive. So, feed grain demand is going to continue.”

“What has fed the emergence of countries like Russia, Ukraine and Argentina has been the massive depreciation their currencies have experienced against the US dollar since 2012. With export grain sold in US dollar terms, those depreciation differences have given those countries a massive competitive advantage in international markets,” he said.

“Coupled with declines in sea freight rates, that has enlarged the reach of grain from Argentina, Russia and Ukraine. Grain production in these countries has been markedly enhanced by massive investments in their supply chains. The same investments have not yet occurred in Australia.”

How will growers respond?

“There will be more feed grain production because that is the demand signal that will arise over the next decade.

“There will be a shift in emphasis towards feed barley and even feed wheats.

“There will be a greater focus on domestic marketing.

“There will be more regional flows of grain and feed. The Inland Rail which is due for completion in 2025 will expedite flows of grain in a north-south direction.”

Professor Kingwell said China was no longer a key market option for barley following the imposition of import tariffs earlier this year.

“The introduction of the tariff on barley imports has virtually closed China. That will remain a medium-term issue,” he said.

“It will not be easy to find a home for that barley. In WA and SA that regularly export to China, barley will play a diminishing role in farm crop portfolios. In eastern Australia the main use of barley is the domestic market, so it is more insulated from the short term Chinese market changes.”