GRAINCORP Operations Ltd (GrainCorp) has agreed to amend 19 terms in its Grain Warehousing Agreement with small business grain growers after an Australian Competition and Consumer Commission (ACCC) investigation concluded that these terms were likely to be unfair contract terms under the Australian Consumer Law. 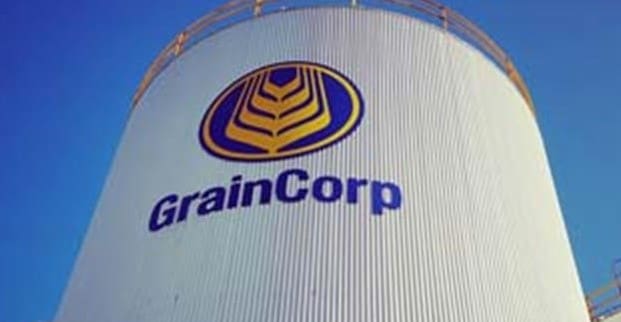 The ACCC was particularly concerned about a term which limited GrainCorp’s liability to growers to $100,000, even if the loss was caused by GrainCorp’s negligent acts or omissions.

The value of the grain stored on behalf of growers can at times be substantially higher than $100,000, and the ACCC considered that it was unfair to limit liability to this amount if the loss was caused by Graincorp’s negligent acts or omissions.

“We believe the term which limited GrainCorp’s liability created a significant imbalance between the rights and obligations of growers and GrainCorp, and had the potential to cause significant financial detriment to growers without being reasonably necessary to protect GrainCorp’s legitimate interests,” ACCC deputy chair Mick Keogh said.

GrainCorp has committed to amending this term in the 2021/22 warehousing agreement, so that the limitation of liability does not apply for cases of gross negligence, fraud, criminal conduct or wilful misconduct by Graincorp. It will also increase liability for all other losses to $200,000.

“We welcome GrainCorp’s agreement to amend some of its contract terms, particularly the limitation of liability term, because the agreed amendment will remove the potential exposure of growers to losses arising from gross negligence and wilful misconduct by Graincorp,” Mr Keogh said.

During the course of the ACCC’s investigation, GrainCorp also changed some other terms in its current 2020/21 warehousing agreement to address a range of concerns raised by the ACCC, including:

“GrainCorp’s amendments provide better protections for growers and increase the rights of small growers when dealing with a large company,” Mr Keogh said.

GrainCorp has not admitted that any of the terms contained in its GWA are unfair contract terms, but have made these changes to address the ACCC’s concerns.

“The ACCC’s action should be a warning to businesses that they risk similar scrutiny if they include similar contract terms in their standard agreements with small businesses,” Mr Keogh said.

GrainCorp has responded, saying the terms of its Grower Warehouse Agreement (GWA) are in line with industry practice and comply with the Australian Consumer Law, and it is reviewed and updated every year.

“As part of last year’s review, we made some changes to address points raised by the ACCC,” a GrainCorp spokesperson said.

“We’ve worked closely with the ACCC to understand its concerns and to provide guidance on the grains industry, as we found many of the concerns were based on misconceptions of the industry’s storage and handling practices.

“The updates to our 2021-22 GWA will be released to growers later this year and include a revised clause relating to limitation of liability.

“During our consultations, the ACCC advised that it believed the original clause would limit GrainCorp’s liability for a wide variety of losses including death and personal injury and criminal conduct.

“We don’t believe that this interpretation is correct and we’ve proposed some additional wording which has assisted the ACCC’s understanding of the clause.

“We’re now under way with the largest export program we’ve seen in several years, thanks to a record harvest in 2020-21, which saw our GWA issued to over 10,000 Australian growers.

“We’ll continue to review the document on a yearly basis as we’ve always done and to work with our growers as they look ahead to the 2021-22 harvest.”