THE Grains Research and Development Corporation (GRDC) Board has announced the new panel members who will represent the interests of growers in the northern, southern and western farming regions for the next two years.

Appointed to the Northern Panel for the first time are Chris Clyne, a grower from Moree; rural banker Adam Tomlinson from Orange; and researcher Georgina Pengilley from Tamworth. In welcoming the incoming members, GRDC Northern Panel chair John Minogue said it was also timely to recognise the contribution of outgoing members, some of whom had served multiple terms.

“We say farewell to Tony Hamilton formerly of Forbes, Roger Bolte from West Wyalong and Andrew McFadyen from Lake Cargelligo, who have all made outstanding contributions to the grains industry through their involvement with the Panel,” Mr Minogue said.

One of the first commitments of the new Northern Panel will be the annual GRDC spring tour in mid-September.

While this tour traditionally involves travelling to meet with regional growers, advisers and researchers, COVID-19 restrictions mean the tour will be held virtually this year with opportunities for stakeholders throughout Queensland and NSW to liaise online with Northern Panel members. The interests of grain growers in Victoria, South Australia and Tasmania will be represented by a Southern Panel which comprises four new members who join several members who have been re-appointed for another term.

Appointed to the Southern Panel for the first time are research agronomist Andrew Ware, from Port Lincoln on SA’s Eyre Peninsula; consultant and agricultural extension specialist Pru Cook, from Dimboola in Victoria’s Wimmera; Michelle Watt, the Adrienne Clarke chair of botany at the University of Melbourne; and grain grower Michael Treloar, from Cummins on Eyre Peninsula.

Southern Panel chair John Bennett recognised the contribution of outgoing panel members: Peter Kuhlmann, a grower from Mudamuckla on SA’s west coast; Mike McLaughlin (former deputy chair), a researcher with the University of Adelaide; Fiona Marshall, a grower from Mulwala in NSW; and Richard Murdoch, a grower from Warooka on SA’s Yorke Peninsula. 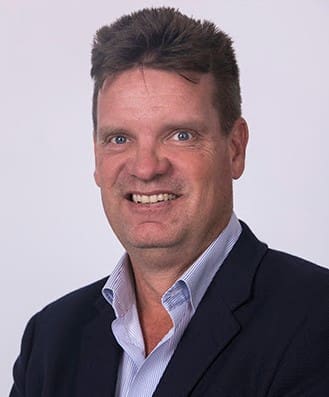 The western cropping region will be represented by a new Western Panel which comprises six new members who join returning members re-appointed for another term.

GRDC chair John Woods said the panels’ new members brought a diversity of insights and backgrounds which would complement the perspectives and skill sets of returned members.

“The three Panels play an important role in sourcing feedback from growers and industry about regional production constraints, as well as opportunities, and bringing that information back to the GRDC to help guide investment direction.”

In addition, the Panels interact closely with the GRDC’s Grower Network, farming systems groups, growers, agronomists, advisers, agribusiness and other industry stakeholders in their respective regions.