Incitec’s Gibson Island manufacturing to cease at end of 2022

INCITEC Pivot Limited (IPL) will cease manufacturing at its Brisbane-based Gibson Island plant at the end of December 2022 after exhaustive efforts were unable to secure an affordable long-term gas supply from Australian gas producers. 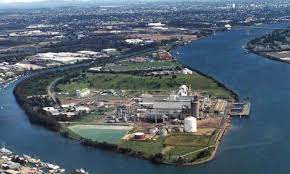 In a statement, the company said it would remain committed to investing in Australia and would continue to deliver high-quality products for agricultural customers from its Phosphate Hill and Geelong manufacturing operations and via its international supply chains.

IPL managing director and chief executive officer Jeanne Johns said after 50 years of continuous production and reinvestment at Gibson Island, the company was disappointed it was unable to secure affordable feedstock gas for the plant.

IPL will focus on its green ammonia feasibility study at Gibson Island to potentially re-purpose the site for the future.

“We kept our promise to pursue every possible avenue to continue with gas as a feedstock for our manufacturing operations at Gibson Island, but despite significant efforts over recent months we have been unable to secure affordable gas supply beyond the end of our current gas contract,” Ms Johns said.

“We are deeply disappointed that this will impact our loyal employees and their families. The wellbeing and safety of our employees is our key priority during the next 14 months, and we will be offering our people whatever assistance we can, including redeployment opportunities where possible.

“I would like to thank our many agricultural and industrial customers and suppliers who have supported our manufacturing operations at Gibson Island. We will be working to support them as we manage this transition.

“The Queensland Government’s support of domestic manufacturing helped us secure our existing contract, and we are grateful for their support during the past few years as we have sought to bridge to a long-term sustainable manufacturing base at Gibson Island.”

IPL recently announced a partnership with Fortescue Future Industries (FFI) to conduct a feasibility study into industrial-scale manufacturing of green ammonia conversion from renewable hydrogen at Gibson Island, potentially creating a low-carbon future for the plant.

“IPL’s feasibility study with FFI is an exciting opportunity aligned to our pathway towards a decarbonised future. We will keep our employees informed of key milestones and how potential green ammonia manufacturing at Gibson Island could inform how we manage the planned closure of the manufacturing plant,” Ms Johns said.