INDIA has dropped its 10 per cent import tax on wheat to zero, a move which is expected to trigger near-term sales for Australian wheat. 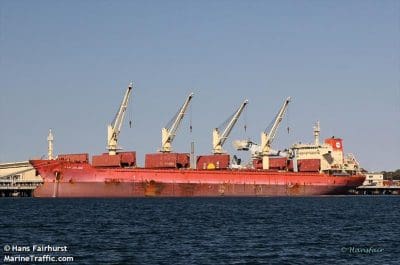 India’s decision to drop its 10pc import tax for wheat is likely to trigger near-term sales opportunities for Australian wheat.

MarketCheck’s head of marketing and advisory, Richard Perkins, said APW in particular was likely to benefit.

“This Indian demand couldn’t have come at a better time; we’ve priced in 1-1.5 million tonnes already, and if we could sell this volume again, we should see local APW price supported through 2017,” Mr Perkins said.

“Australian APW1 still holds a slight premium over Ukrainian milling wheat into India, so we are well placed to grab any increased demand from India.”

India produces and consumes many millions of tonnes of wheat and, depending on its own production, can be either an importer or exporter of significance.

“News that Indian demand could be at least five million tonnes should see grower values remain positive for APW1 in the AUD$240s per tonne free in store. The market sees this demand predominantly coming from Australia, putting a theoretical floor in pricing,” Mr Craig said.

Mr Perkins said the return of India to the market since September, when its domestic supplies began to dwindle, was “emerging as a saviour” for Australia.

“Ukraine and Australia were able to take advantage of the sales opportunity. Now it is happening again,” he said.

While Australian wheat landed in India is reported to be available at well below prices for India’s domestic wheat, Australian logistics is making it difficult for exporters to satisfy any more nearby wheat export demand.

India’s new-crop wheat will start to hit the domestic market in April.

Media reports say the tax has been dropped to reduce inflationary pressure on the economy.