THE NEW South Wales Government’s Independent Planning Commission (IPC) yesterday gave the green light to the Narrabri Gas Project in a decision which has dismayed NSW Farmers as the state’s peak grower organisation.

The Narrabri Gas Project is a Santos development which will drill up to 850 new wells to extract gas from coal seams at 800-1200 metres across 95,000 hectares in the north-eastern part of the Pilliga forest, near Narrabri.

The Pilliga forest is adjacent to farmland which produces cotton, wheat, chickpeas and other crops, and supports grazing of livestock.

NSW Farmers said its members believed the project posed an unacceptable risk to water resources, soil and air quality, local food and fibre production and rural communities in the region.

“This is a disappointing decision from the IPC,” NSW Farmers president James Jackson said.

“Our members have indicated very clearly that they have no appetite for risk to their precious water sources.” 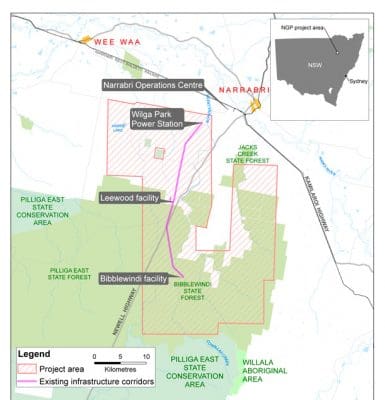 Mr Jackson said the NSW Government’s Independent Water Expert Panel identified the project as having potential to depressurise groundwater, draw down aquifers, and change surface water flow and quality as a result of discharges.

“There is also no certainty for farmers regarding insurance public liability and environmental risk if they have CSG operations on their land.

“The NSW Parliamentary Inquiry described the coal seam gas industry as ‘uninsurable’  and a major insurer providing farm insurance has indicated that they are not willing to insure the public liability risk for farmers that have CSG infrastructure on their property.”

Mr Jackson said NSW Farmers’ members did not believe any conditions imposed on the approval of the Narrabri Gas Project would make it acceptable.

“Security of groundwater and other water sources and protection of important agricultural land is of paramount importance to farmers.

“Our members are concerned and they cannot support any activity that could pose a risk to the precious Great Artesian Basin and other water sources.”

The IPC said issues raised at the public hearing and in more than 11,000 written submissions ahead of the approval included impacts on: groundwater; climate change from greenhouse gas emissions; biodiversity; agriculture; bushfires; employment; health; Aboriginal cultural heritage, and management of waste including salt.

Approval comes after a “thorough examination of all the evidence lasting more than 15 weeks”, and IPC consent has been granted for the project subject to 134 conditions.