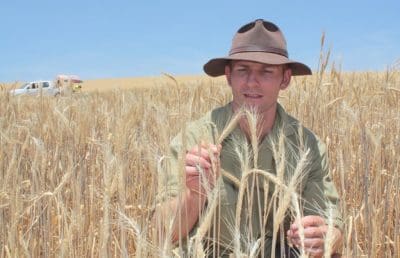 NSW Department of Primary Industries (DPI) researcher, Richard Hayes, said some of the most successful perennial wheat lines in the worldwide project were grown at Cowra.

“These trials have helped inform future breeding strategies, and highlight the need to target specific environments rather than one generic product for one global market.

“Our data highlights the importance of using locally adapted material to develop superior lines of perennial cereals for specific environments.

“In some situations, perennial crops from barley or rye lines may be more successful than wheat lines.”

Kernza is a perennial grain developed by the The Land Institute in the US, and has come out of research from the study.

It is now commercially available in a staged US release to a beer-brewing company and selected restaurants.

Perennial crops can take advantage of out-of-season rain, which helps increase water-use efficiency, reduce soil acidification and salinisation, and has the potential to reduce erosion.