EOI on a proposed park for empty containers have been called. Image: Port of Newcastle

PORT of Newcastle has opened an expressions-of-interest (EOI) campaign to gauge the potential for establishing an empty-container park in the Mayfield Precinct of Port of Newcastle.

It currently handles 4400 ship movements and 164 million tonnes of cargo annually, but its deepwater shipping channel operates at only 50 per cent of its capacity.

PoN is therefore looking to diversifying trade, particularly as global demand for thermal coal wanes in the longer term, and in July it announced it was spending $28.4 million on two Liebherr L550 mobile harbour cranes and associated infrastructure at the port’s Mayfield 4 berth.

The cranes are expected to be operational by September 2022, and will assist the port’s current capacity.

“With access to rail sidings and upgraded internal roads able to handle oversized trucks, the new cranes are capable of handling a diverse mix of project cargo, including wind turbines, mining equipment, timber, steel coils and transformers,” PoN said in a statement.

“The cranes will also have the capability to work in tandem for heavy lifts and lift two 20-foot or one 40-foot container in a single move.”

In the background is PoN’s desire to build a Multi-Purpose Deepwater Terminal, development of which was stymied by a Federal Court ruling which has been appealed by the Australian Competition and Consumer Commission (ACCC).

The idea of a container terminal in Newcastle has been greeted positively by many in the agricultural sector who would be keen for an alternative to Port Botany for exports of NSW containerised cotton, grain, meat and pulses.

A PoN spokesperson said since the crane order had been announced, its business development team has been in conversation with shipping lines, importers and exporters in regards to containerised trade volumes to support the acquisition and associated infrastructure.

“We anticipate the EOI will support more in-depth conversations and clarity around opportunities.”

“The cranes will offer efficiencies for current trade, and an empty container park could enhance the port’s appeal for expanding and creating new trade opportunities for agricultural and industrial producers across regional NSW that are on our doorstep like cotton and pulses.

“It’s an opportunity for regional exporters to avoid transportation costs to Sydney or Brisbane and shorter travel times, given the capital city congestion and delays with shared passenger freight lines.”

EOI in the proposed empty container park, which would accommodate road, rail and shipping movements from a variety of industries, closes November 5.

PoN CEO Craig Carmody said the building of a container terminal in Newcastle would increase the global competitiveness of regional NSW, and allow congested supply chains to be avoided. 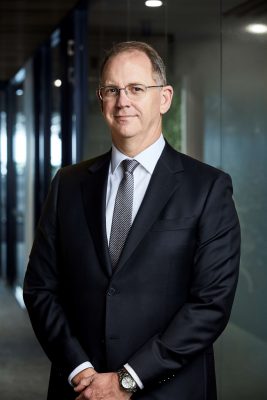 “Port of Newcastle is confident that it has the ability to compete in the same market as Port Botany and NSW State Government Policy is the major constraint to this,” Mr Carmody said.

“We know there is appetite and support for a container terminal in Newcastle from NSW and international suppliers and that it would support local jobs.

“At this time, it remains that the only factor preventing the Port from building the container terminal is the unfair restrictions placed on container movement above a TEU cap at the Port of Newcastle.

“Port of Newcastle continues to monitor the progress of the Federal Court proceedings and awaits the determination of the ACCC v NSW Ports appeal date with a keen interest.

“Port of Newcastle remains of the view that an appeal is necessary as development of another container terminal in NSW, even whilst Port Botany still has capacity, would provide a viable alternative and more cost-effective export routes for regional NSW farmers and manufacturers.”

PoN said grain exporters would benefit from increased efficiency in grain handling at the port from next year with a $35-million upgrade to its bulk-handling services at the Newcastle Bulk Terminal (NBT).

Located across the channel at Kooragang berths 2 and 3, NBT will have be able to unload bulk cargo such as fertiliser and meal at up to 1200 tonnes per hour when the second phase of the project is completed.

It will link the berth directly to nearby customer storage and load-out facilities.

“This will be a significant increase on current discharge rates, vastly improving berth efficiency.”