■ Confidence up in all states, with most notable swings in NSW and Queensland

■ Survey finds nearly 70pc of farmers expect climate change will impact their business in the next decade, with 20pc expecting that impact to be major 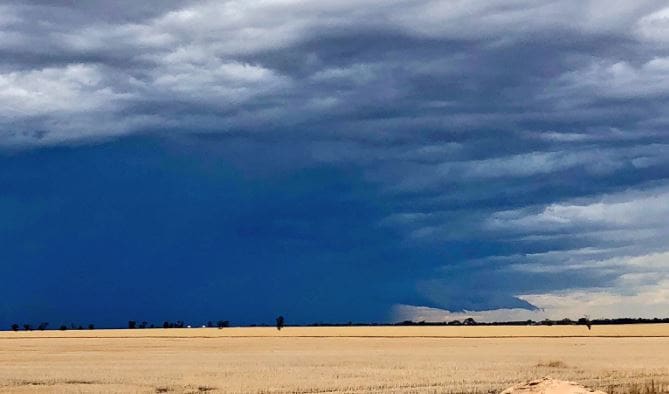 AUSTRALIAN farmers have stared down one of the toughest summers on record with rural sentiment bouncing back to its highest level in nearly five years, according to the latest Rabobank Rural Confidence Survey.

The survey results, released today, reveal late-summer rainfall and strong commodity prices have boosted optimism about farm business conditions for the year ahead, reviving plummeting sentiment following one of the driest springs on record last year.

However, the results are tempered by the ongoing recovery in regions ravaged by bushfires across the country and those areas where there is still a significant rainfall deficit and ongoing drought.

The first survey of the new decade reveals one of the biggest upswings in confidence in the survey’s 20-year history, with 46 per cent of farmers surveyed nationally expecting the agricultural economy to improve over the coming 12 months – up from 17pc in the December survey last year.

Farmers were also positive about an increase in their own income, with 38pc of those surveyed nationally expecting gross farm incomes to increase over the next 12 months, compared with 23pc at the end of last year.

Rabobank Australia CEO Peter Knoblanche said the past few weeks had delivered a great start for Australian farmers for the 2020 season, with widespread rainfall following years of drought and the recent shocking fire season.

“With the fundamentals of demand and commodity pricing still firmly in Australian agriculture’s favour, many farmers are in a good position at the start of this year to take advantage of the improving season,” Mr Knoblanche said.

“These factors will help farmers break free from the shackles of drought and hopefully move into a more favourable production cycle, but further rain throughout the year will be crucial.”

Mr Knoblanche said further rainfall received in early autumn, after the survey had been in the field, across large parts of the eastern states would likely have boosted rural confidence even further. However, he noted, uncertainty about the impacts of the developing COVID-19 virus epidemic on agriculture would be hanging over the sector.

Confidence across all states

Sentiment rose significantly in all states on the back of meaningful rain, with positive swings most notably in New South Wales and Queensland where long-running drought had subdued confidence for several years.

Following seven years of drought across parts of Queensland, the state recorded the most dramatic turnaround in sentiment in the survey’s history with 57pc of Queensland producers expecting conditions to improve in the coming year, up from just 19pc in late 2019. Seasonal conditions were the driving factor for almost three-quarters of Queensland respondents.

In NSW, 48pc of respondents said they expect the agricultural economy to perform better over the coming year – another big swing when compared to the 13pc of farmers with that view last quarter.

In Tasmania, sentiment is also solid with 40pc of farmers expecting business conditions to improve, just short of the 44pc of farmers who hold that view in South Australia – the highest confidence level in that state since early 2011 due also to a timely reprieve from a summer marred by bushfires and drought.

In Victoria, 41pc of farmers are confident about the year ahead while 37pc expect conditions to remain the same.

Whilst rainfall tallies haven’t been as significant for Western Australian farmers, they have still been enjoying a strong increase in sentiment regardless. One third of WA farmers were expecting conditions to improve while the percentage of farmers expecting conditions to worsen was just 12pc, down from last quarter’s 35pc reading.

Positivity across the sectors

Well short of the confidence found in other sectors, only 27pc of cotton producers expect an improvement this year in the rural economy.

Positive sentiment is strongest among the nation’s beef producers, with more than half expecting the economy to improve in the coming year, followed by 53pc of sugar cane producers and 45pc of mixed livestock (sheep and cattle) producers.

Water access concerns could be tempering some of the result for the dairy sector, with 37pc of dairy producers expecting an improvement in the ag economy this year – despite current all-time high prices for milk solids.

“It is heartening to see how confident so many farmers are following on from, in many regions, several years of drought,” Mr Knoblanche said.

“It is also pleasing to note that many farmers have been encouraged by strong commodity prices to reinvest in their farm businesses by modernising farm infrastructure and implementing some drought preparedness measures.”

This quarter, for the first time, farmers were also asked their views about climate change and its expected impact on their farming enterprises.

The survey found 67pc of those surveyed expect climate changes to have an impact on their business over the coming decade, with 20pc rating that effect as “major”.

Approximately 60pc indicated they were taking steps to minimise the impact of climate change, with managing water usage and irrigation – along with reducing stock for livestock producers – identified as the main actions.