THE Surat Gas Project has created concerns for some landholders and industry groups who are urging the Queensland Government to clarify and tighten regulations relating to coal seam gas (CSG) company Arrow Energy’s development activities near Dalby on the Western Downs.

The $10-billion Surat Gas Project was sanctioned in April 2020 with phase one to include the drilling of 600 wells between their current operation areas at Daandine, west of Dalby, and Tipton, south-east of Dalby.

The region is known for its high-value cropping and grazing country and is a key grain and cotton-growing area.

Impacted stakeholders, including independent statutory body the GasFields Commission Queensland (GFCQ), believe the legislation is open to interpretation and the rights of the landholders and the statutory obligations of Arrow Energy are not clear.

The commission will make formal recommendations to the government early next month in relation to the the regulatory framework around subsidence as caused by the drilling of deviated wells, a key concern of landholders in the project area.

Dalby region grain and cotton growers Wayne and Bev Newton are critical of CSG, and the way Arrow Energy has communicated the potential risks with landholders.

The couple is fearful of the affects deviated wells will have on their “extremely flat” land.

Mr Newton said the potential for subsidence on their property, as well as the lack of consultation regarding the possible impacts of deviated drilling, is of concern.

“Our land here is extremely flat, so one of the things that has been identified…is the subsidence that is going to be induced by the removal of the gas and the water down in the coal seams,” Mr Newton said.

He said the couple currently have several wells under their property drilled from neighbouring properties.

He said Arrow did not have to consult with them, or provide any compensation for any future subsidence that might occur.

“They send us an official form called a Notice for Entry and away they go.” Dalby region farmer, Ian Hayllor, who has played a public role on both sides of the debate, said working collaboratively with Arrow Energy has resulted in the best outcomes for his business and the wider community.

“People who are happy to cooperate, have a good relationship with Arrow and are reaping the rewards of that relationship,” Mr Hayllor said.

“They are drought-proofing their properties, they’re able to put in succession planning and some people are able to give up their job in town and just look after their farm.

“There are also a lot of good stories in the communities, there are a lot of local contractors being employed and there are billions of dollars being spent in the area.”

Both the Newtons and Mr Hayllor agree the State Government is deficient in its handling of the CSG issue in the Western Downs.

“Our real frustration is the fact that the government won’t get off their butts and enforce the rules and regulations,” Mr Newton said.

“We just want the regulators on the job.”

Mr Hayllor is also critical of the government, which is adding to the anxiety felt by some community members by not fixing gaps in the relevant regulations.

“There seems to be no real clarification on what Arrow have to do,” he said.

“All the government has to do is come out and say: ‘Yes, they have done it correctly or no, they haven’t’.

“They are not making a decision and that’s the problem.”

GFCQ chief executive officer Warwick Squire said the government needed to address these concerns by providing details of its expectations on compliance. 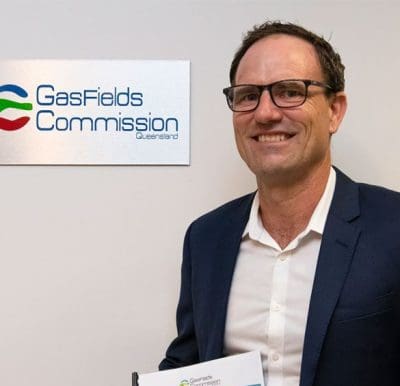 “The allegations and complaints levelled against Arrow are being driven by a common desire held by regional communities to understand what a resource company’s regulatory obligations are, and if they are complying with these requirements,” Mr Squire said.

“That is why we are now calling on the government to finalise their investigations into compliance issues as a matter of urgency.

“This will provide much-needed community assurance that the state’s regulatory framework requirements are being enforced.”

One area of hope for landholders looking for more clarity and transparency from state government regulation regarding Arrow Energy’s statutory obligations is a review yet to be finalised from the GFCQ.

The commission undertook a review of the Regional Planning Interests (RPI) Act 2014 and made recommendations regarding consulting with landholders and addressing potential impacts of drilling activities.

A spokesperson for Arrow Energy said the company welcomed any further clarity in relation to the RPI Act the government may provide.

“Rebuilding relationships of trust takes time and Arrow is committed to that process, which means we will continue to engage transparently with both landholders and regulators,” the spokesperson said.

“We share the government’s and GasFields Commission’s view for genuine sustainable coexistence and a shared and clear understanding of rights and responsibilities of all parties.”

In a statement, a spokesperson for the Department of State Development, Infrastructure, Local Government and Planning said the government accepted four of the recommendations, and supported in principle the remaining three recommendations.

“The Queensland Government has accepted the recommendations from the GasFields Commission’s Review of the Regional Planning Interests Act 2014,” the spokesperson said.

They said the government, “will now prioritise their implementation”.