WA on track for 19.3Mt winter crop as harvesters roll 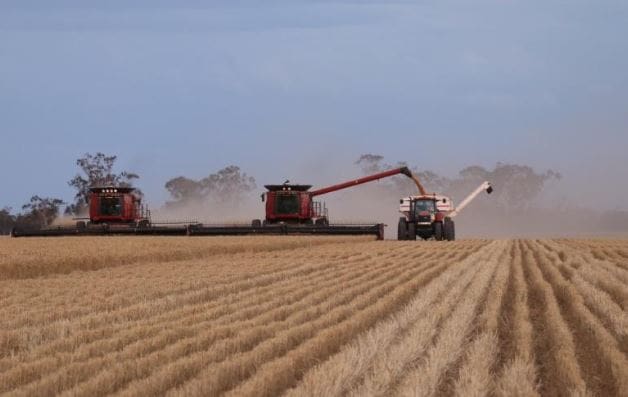 HARVEST has commenced in Western Australia’s northern farming region with small areas of canola, barley and wheat taken off, according to the latest report issued by the Grain Industry Association of Australia (GIWA).

Early indications are that grain yields and grain quality are not as bad as feared considering the lack of rain in the spring.

The top half of the grainbelt has had virtually no useful rain for the last nine weeks, finishing solely on subsoil moisture.

Whilst it is expected there will be a range in grain yields, influenced by soil type and other factors, total grain tonnage for the region will be at least that estimated in this report.

The mild temperatures across the state to date have had a significant impact on allowing crops to fill grain.

This is particularly the case in the central and northern regions where soil moisture reserves had declined to very low levels during September.

The cool conditions have halted the rapid loss in grain yield potential in these regions.

In the southern regions of the state where frost damage has been less and there has been more useful rainfall, grain tonnage estimates have increased from last month.

The previously reported extensive frost in the worst hit areas of the central grainbelt, and subsequent minor frost events over a larger area in September, have taken the top off the potential grain yields.

The full impact will not be known until harvest as crop type, sowing date, topography, soil type, stubble load and fertiliser usage have impacted to different degrees, and the combination of all these factors makes it difficult to estimate actual final tonnage.

The southern regions of the grainbelt have continued to improve due to some useful rainfall events in September, and the cool conditions.

The mild temperatures in the last month have given crops that were waterlogged during winter, time to recover.

The lack of significant frost across the southern regions will help to keep average paddocks yields in most cases above average.

Whilst the variance in potential final tonnage per hectare across the state is wide, the record planting of close to 9.2 million hectares will contribute to there being a lot of grain produced in WA this year and it could still end up being a record total tonnage despite the dry spring, frost in large areas of the grainbelt and severe winter waterlogging in the higher rainfall regions.