WOMEN on the land wear many hats: farm manager, family counsellor, office worker. So, why then, are so many women not identifying as farmers? 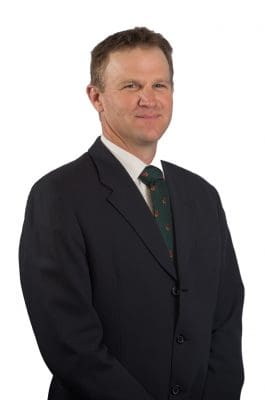 Mr Wilksch received a 2016 Nuffield Scholarship to investigate the visibility of women in agriculture, and the need to increase the number of women in management and industry roles.

In his report, which was supported by the GRDC, he includes a range of case studies and insights from conversations he had with more than 60 women around the world, who work across the broadacre and livestock farming sectors, as well as agribusiness, education and policy development.

“Understanding why there are less women in Australian agriculture, when women are so vital to its ability to overcome challenges and remain globally competitive, has been at the heart of my Nuffield report,” Mr Wilksch said.

“I spoke to women around the world to gain a deeper understanding of some of the cultural, social and financial barriers they face. This research revealed that despite positive steps in recent years, there is still an urgent need for change if we are to realise real diversity and equality in agriculture.”

Mr Wilksch said education was a key vehicle to enable this change, explaining that while more women were studying agriculture and working in agronomy than ever before, the sector remained largely dominated by males.

“In the livestock industries, for instance, the number of women enrolled in tertiary agricultural courses has now surpassed male students, which could lead to a flow-on effect of more females taking on senior management roles,” he said.

“Real change starts with education at an early age. It’s important that agricultural subjects go beyond just the practical aspects of farming, to focus on the business and cultural elements critical to any agricultural enterprise.

“For grains, we need to increase interest in our field, and to challenge long held social complexities associated with gender specific roles, in areas such as machinery. And above all, we must encourage every child’s love of the land.”

Mr Wilksch said the Australian grains industry had the highest percentage of farmers, predominantly women, working off-farm, citing the example of grain machinery as a significant investment, which often required women to work off-farm to provide for families.

“Women produce at least 49 per cent of real farm income in Australia, and the survival of many family farms is inherently linked to a woman’s financial contribution, most notably their off-farm income,” he said.

“In our industry, a lot of finance is tied up in expensive machinery, and often women work off-farm to aid cash flow. Daughters see their mothers doing this, and the situation self-perpetuates. While it’s not the case for every farm business, it was a general theme that seemed to ring true with many that I spoke to as part of my research.

“For example, I met Iris Bouwers, an agribusiness student in the Netherlands, who will return to the family farm once she finishes her degree. She believes that machinery is a barrier for her, due to a lack of knowledge and ability to repair or operate the farm’s large equipment.

“It sends a clear message that we must adjust and find solutions to ensure women farmers are actively supported across all facets of their business, including increased training, for example on machinery, and the ability to have input and make informed decisions for the business.”

As part of his research, Mr Wilksch spoke to key industry figures and policy makers, seeking to understand how the grains industry could propel more women into senior leadership roles.

“I spoke to Maree Crawford, a very experienced agronomist and passionate advocate of women in agriculture. Maree explained that women do not currently have adequate representation on rural decision-making and policy development, especially in the grains industry,” he said.

“We both agreed that creating more awareness and advocacy around the visibility of women in farming is critical, as well as providing greater assistance for women to take the leap into leadership roles.

“Maree has excellent ideas about encouraging women into agriculture, including conversations with male farmers about engaging the other half of the farming partnership, and recruiting more ambassadors, role models and mentors for female farmers.”

From speaking with women across the United States, Canada, Europe and Australia, Mr Wilksch found a common thread in their views, which was that the most qualified person was always the best suited to taking on managerial roles on family farms.

“Times are changing, particularly in countries where it was traditionally very unlikely for the daughter to return home to manage the farm business. Even when I returned home years ago, it was rare to see women directly involved in agriculture, but now it is much more common,” he said.

“For the next generations, there must be a far greater mix of men and women. A more balanced gender mix is desirable for the diversity of opinion, perspective and strengths that it brings to an industry working to feed an ever increasing population profitably and sustainably.”