SOME of the biggest names in agribusiness in Australia and New Zealand have been recognised for their leadership in the sector – and this year two more will join their ranks, with nominations now open for the 2019 Rabobank Leadership Awards. 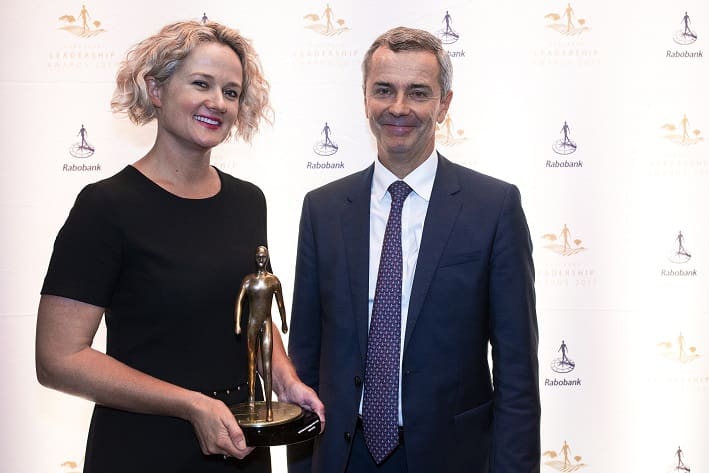 Both winners were acknowledged for their outstanding achievement in – and contribution to – the food, beverage and agribusiness industries.

Announcing the opening of nominations for the 2019 awards, Rabobank Australia & New Zealand Group managing director Peter Knoblanche said this year, for the first time in the trans-Tasman award’s history, the presentation ceremony would be held in New Zealand.

“In the 20 years we have been involved in the awards, leaders have been recognised on both sides of the Tasman in sectors including wine, dairy, beef, grains and horticulture and across many fields, such as scientists, economists, educators and researchers,” he said.

“The contribution these leaders have made to their own industries, the agricultural sector in general, and their communities is nothing short of inspirational. Their leadership, courage, passion and foresight has seen them carve a path, as they often take the road not travelled to get to where they are today.

“This was epitomised by last year’s winners, with Jim Geltch recognised for developing and engaging young people in agriculture via the Nuffield agricultural scholarships. While Anna Speer has, in her relatively short tenure in the industry, carved a successful career in the livestock sector as an advocate for innovation and change.”

As peer-nominated awards, Mr Knoblanche encouraged industry participants to put forward those in their industry who make a positive contribution to the future growth and prosperity of the sector.

“There are many unsung heroes in the agricultural sector, and these awards not only bring their business successes to the forefront, but all the initiatives they are involved in at a community and industry level,” he said.

Award nominations close on August 9, 2019 with the winner to be announced at the annual Leadership Award dinner, to be held in Auckland on Thursday, November 28, 2019.

Nominations for both awards, together with the judging criteria, can be made at www.rabobank.com.au/leadership-awards