SIMON Stead has taken over as the new chairman of the CBH Group, replacing Wally Newman who has been chairman since 2014.

Natalie Browning has become the deputy chairwoman of the board, replacing Mr Stead who was appointed as deputy chairman in April 2019. Both positions are elected by the board and were up for election following grower director elections earlier this year.

Mr Stead, who runs a mixed cropping, cattle and sheep operation at Cascade and Dalyup in the Esperance Zone, joined the CBH Board as a member director in February 2015.

He holds an Executive Certificate in Agribusiness Marketing from Monash University and is a Graduate of the Australian Institute of Company Directors.

“The co-operative continues to be the best model for Western Australian growers to get their grain to critical export markets at the lowest cost and through a world class grain supply chain,” Mr Stead said.

“My strongest focus, as well as that of the board is on the core of the business – our supply chain of storage, handling, marketing and trading – as we build the network to serve growers needs into the future.

“As an organisation and as part of the wider industry, we must continue to work together, and move forward in progressing our industry and making sure we can continue to compete strongly in the international grain market.

“To do this we must remain connected to markets and understand their changing requirements.

“This commitment to our core operations will continue, and so will our purpose of creating and returning value to Western Australians growers, now and into the future.” 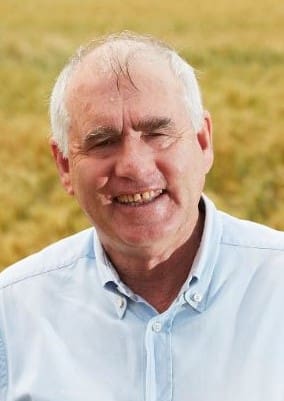 “I would like to assure all growers the CBH Board, management and employees are united and working tirelessly to navigate the cooperative through this situation,” he said.

“We are doing everything we can to minimise the spread of the virus, protect our people and play our part in protecting our communities, while also seeking to continue safely operating the supply chain.

“Our business activities, including those of your Board, have transitioned smoothly at this stage. We are also working proactively with Government and industry stakeholders to advocate for the agriculture sector and minimise any potential impact.”

Mr Newman, who was on the CBH board for 20 years and chairman for the past six, steps down from the CBH board, effective immediately.

Ms Browning, who is a former member of the Growers’ Advisory Council, joined the CBH Board as a member director in February 2018.

She runs a continuous cropping operation on her property in Kondinin and is a graduate of the Australian Institute of Company Directors.

Mr Geltch served in the role since 2016, and prior to that, served as CEO of Nuffield Australia, a position he held from November 2005. During his tenure at Nuffield International, his remit was to expand the scholarship program beyond the current seven Nuffield countries.

This meant identifying potential investors and candidates for the program around the world, as well as managing the application process, selections and international study program for Nuffield International Scholars.

“Jim epitomises what Nuffield stands for, with a passion, work ethic and determination to see this organisation develop to offer even more young agriculturalists the opportunity to travel the world studying a topic of relevance to their industry,” he said.

“He has always been driven to develop and inspire leadership in individuals in agriculture and sees Nuffield as a highly regarded network of leaders whose insight is sought around the world.

“He leaves an indelible impact on all Nuffield Scholars he has fostered over the past 15 years”. THE WAFarmers Grains Council has appointed Mic Fels, Esperance, as president, replacing long-term president Duncan Young, Beverley, who has stood down from the role after six years of service.

Mr Fels was the only member to nominate for the vacant position and has officially taken the helm of the grains section.

He had been on the Grains Council for more than 18 years.

Ridley CEO Quinton Hildebrand said Mr Jain would be focused on accelerating the commercialisation of the Novacq franchise internationally.

Mr Jain will be based in Singapore with responsibility for operations in Yamba in northern New South Wales, and Chanthaburi in Thailand.

LUKE Bugeja has been appointed chairman of the Interflour Group Board following the retirement of Imre Mencshelyi.

Interflour is a joint venture between Origold and Western Australia’s CBH Group, and has a total daily milling capacity of 7410 tonnes across nine flour mills in south-east Asia and one in Turkey, as well as operating a malting plant and a grain terminal in Vietnam.

Since the late 1980s, Mr Bugeja has held investment and operational roles with companies including Qantas Airways, Virgin Blue, Macquarie Bank, Ontario Airports Investments and Changi Airport Group.  He is based in Singapore.

“I look forward to working with the Interflour Group Board and management as we continue implementing our strategy to generate greater value for our shareholders,” Mr Bugeja said.

JAMES Murray has been appointed to the position of senior manager research at the Birchip Cropping Group (BCG) in Victoria. He joined the BCG team in 2014 as a research officer and has transitioned through various roles within the group since.

BCG chief executive officer, Fiona Best, said Mr Murray had forged strong connections within the broader agricultural community and had become an active part of the local community since moving to Birchip from Sydney, where he completed a Bachelor of Agricultural Science.

“Big Jim, as he is affectionately known, is looking forward to the opportunity to share his passion and knowledge for agricultural research. The newer members of the team will no doubt benefit from his experience in delivering important research outcomes for farmers,” she said.

“James is a strategic thinker who is always looking for opportunities to improve the way we farm. He is very conscious that the work BCG is involved with must have a positive impact on the financial, environmental and social drivers within the farm business.”

THE Queensland Government has appointed a dedicated mungbean pathologist to further develop and protect the State’s $100 million a year industry.

Minister for Agricultural Industry Development and Fisheries Mark Furner said Dr Araz Solman would work with the Department of Agriculture and Fisheries’ pulse breeding team at the Hermitage Research Facility near Warwick, with a keen focus on tackling the bacterial diseases of mungbean. Dr Solman will work on the bacterial pathogens that cause halo blight and tan spot in mungbeans – expanding the knowledge of these two major seed-borne diseases and finding strategies to minimise their impact.

“As part of the pulse breeding team, he will test germplasm in the laboratory, glasshouse and in field nurseries to understand and identify new sources of disease resistance, then help breed these into new and more resilient mungbean varieties,” Mr Furner said.

Mr Furner said the research with investment partners the Grains Research and Development Corporation and the Australian Centre for International Agricultural Research will contribute directly to increasing grower confidence in mungbean and strengthening the export value chain.

“Long a staple of Southern and South-East Asian cuisines, mungbean is increasingly becoming a part of more health-conscious Australian diets and has further potential in plant-based and allergen-free foods and ingredients,” he said.

Prior to that he worked as a research scientist at the International Centre of Agricultural Research in Dry Areas employing farmer-oriented plant breeding and management tactics to improve drought tolerance in wheat and barley crops for smallholder grain farmers in Syria and Iraq.

TOM Guthrie has appointed national manager of business development for Clear Grain Exchange (CGX) to replace Lachlan Allen, who has resigned to return to the family vineyard and cellar door after it was severely impacted by the recent fires in the Adelaide Hills. 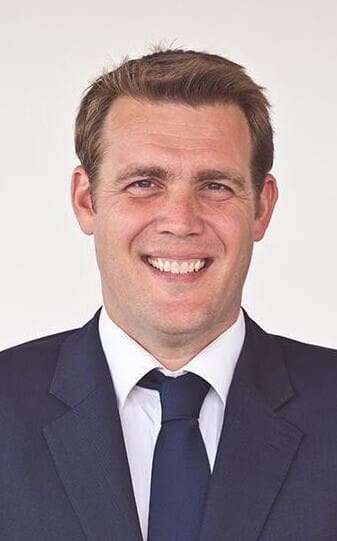 CGX managing director Nathan Cattle said Mr Allen had been a much-valued member of the team, and that CGX was pleased to welcome Mr Guthrie as his replacement.

Based in Adelaide, Mr Guthrie has solid experience gained as a trader in Australia and Singapore and works with business development team member Bruce McDonald for the independent online grain exchange.

“Tom is well respected across the Australian grain industry and has a solid understanding of how markets operate,” Mr Cattle said.

A TEAM of Southern Cross University students have received a perpetual trophy for their win at the annual Soil Science Australia, National Soil Judging Competition.

The group of Forestry, Science and Environmental Science students took out first prize in the teams’ category and were also the overall winners of the competition, held in October last year.

The team’s coach, Dr John Grant praised the students for what he called “an amazing effort”.

“To compete and do so well at that high level is a real credit to them,” Dr Grant said.

“At a time when Southern Cross is pushing strongly towards innovative agriculture these students have done the university proud.”

While Tim Field is applying his knowledge directly to the wetlands on South Australia’s Banrock Station, the other four students are finishing their degrees and starting research into other soil related areas – including the impact of recent fires on soil and vegetation relationships. THE 2020 recipient of the Jan Cathcart Scholarship is Alexandra Morona, who grew up on her family’s rice farm near Deniliquin in the New South Wales Riverina.

The $30,000 scholarship will support her studies during her third year of a Bachelor of Animal Science degree at Charles Sturt University.

SunRice chairman Laurie Arthur said: “Alexandra, like all our scholarship recipients, has agriculture and the rice industry at the centre of her plans for the future, demonstrating a commitment to the sector which is aligned with the Jan Cathcart Scholarship.

“Over a 43-year period, Jan made an enormous contribution to the rice industry, paving the way for other women in her field, and each year SunRice is pleased to have the opportunity to honour this commitment.”

Now in its sixth year, the scholarship is designed to provide recipients with financial support and hands-on industry experience to assist them in achieving their career goals.

Valued at $10,000 a year for up to three years of tertiary study, the scholarship is designed to support women pursuing a career in agriculture, and has been awarded to six other recipients to date: WOMEN in agriculture with an ambition to shape the future of Australia’s food and fibre industry are invited to apply for the National Farmers’ Federation’s 2020 Diversity in Agriculture Leadership Program (DiALP).

Applications for the program have been extended until 5pm EAST Monday 13 April, 2020.

The program is going ahead in 2020. However, due to COVID-19 the two-day Canberra retreat will not proceed. The NFF will look to reschedule when conditions permit.

The program matches successful applicants with a mentor and the mentorship runs from May 2020 to October 2020.

The mentoring opportunity is designed for aspiring female leaders, 25 years and over, with a passion for agriculture.

Applicants must demonstrate a desire for leadership in the agriculture industry into the future.