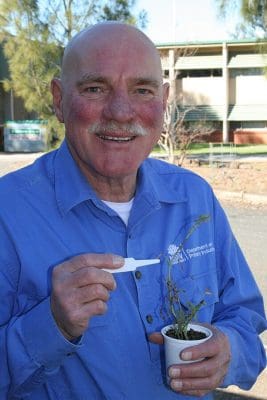 Based at the Tamworth Agricultural Institute, Dr Moore is regarded as a state, national and international authority on diseases of winter pulses, particularly chickpeas and faba beans.

“The outbreak of Ascochyta blight in chickpea crops nationally in 1998 had a devastating impact on production. Through Dr Moore’s tremendous efforts in rapidly developing integrated disease management strategies to assist growers in limiting losses to this disease the chickpea industry in northern NSW and southern Queensland expanded in the following seasons, whilst it declined in other states.

“Dr Moore has assisted with the disease management aspects for other pathogens such as Phytophthora, Botrytis and Sclerotinia in chickpeas and leaf rust in faba beans.” 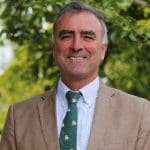 THE Cotton Research and Development Corporation (CRDC) has welcomed the appointment of six directors to the CRDC Board.

Led by incumbent chair Richard Haire and executive director Bruce Finney, the CRDC’s Board will also comprise former directors Kathryn Adams, Liz Alexander and Greg Kauter, who have each been returned for a second term on the CRDC Board, and new directors Jeremy Burdon, Les Copeland and Rosemary Richards.

WELL-KNOWN Pacific Seeds territory manager, Rob McCarron, is celebrating 35 years of service with the company, after starting work with the organisation in October 1982. 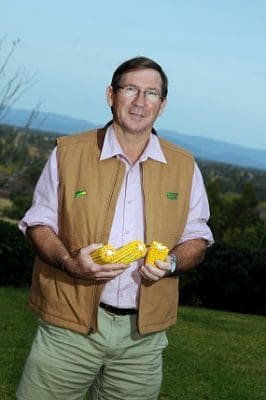 Mr McCarron, who is Pacific Seeds territory manager for coastal NSW, northern Western Australia and the Northern Territory, started work as a depot supervisor in Dubbo, NSW, where Pacific Seeds operated a processing plant in the early 1980s.

He then took a role in Emerald in central Queensland, where agriculture was rapidly expanding, before moving to Gunnedah in north west NSW when a job opening became available.

“The general manager at the time was reluctant to let me leave Emerald after just moving up there but I convinced him to let me move back to my home territory and promised I’d stay in Gunnedah for 10 years and not move again. That was more than 30 years ago,” he said.

At the time, his sales territory reached from Sydney, to Forbes and up to Walgett and across to the coast, including Coffs Harbour down to Taree.

“Our territories were bigger back then when we did not have the product range to sell compared to today – we’ve got a lot more territory managers on the road now,” he said.

“Back then, sunflowers and the Hysun range were the dominant products I sold, whereas today sunflowers are a minor crop and the canola dominates.

“If my memory serves me well, I think I was the first territory in the company to sell $1million worth of product back in the late 1980s.

“As a result, my territory was streamlined and I concentrated on servicing the Liverpool Plains for the next few years.

“I still travel a lot up and down the coast, and up to the Kimberley and across the Northern Territory. I love it and have recently returned from a trip to Kununurra and the Territory.”

The new directors, who took up their positions on 1 October, are: 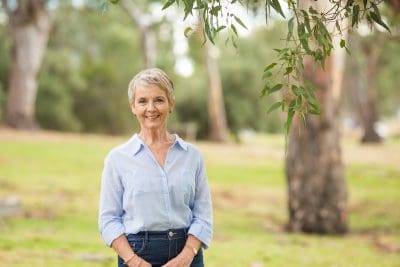 AgriFutures Australia invests in research, leadership, innovation and learning to enhance the long-term prosperity of rural industries and communities across Australia. 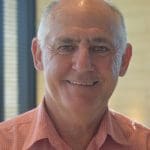 Professor Powles is the first Australian to win the award, which is given to a scientist who has made outstanding contributions to the field of agrochemicals at the international level, with their vision and sustained contribution having opened new horizons for investigators in their field and beyond.

Director of the Australian Herbicide Resistance Initiative at UWA’s School of Agriculture and Environment, Professor Powles was recognised for his long-standing research contribution to identifying the role of cytochrome P450 enzymes in endowing herbicide resistance in plants.

He is one of the world’s most highly cited agricultural scientists and is widely regarded as a foremost expert in herbicide resistance in plants.

NEW appointments to the Grains Research and Development Corporation (GRDC) Board took up their positions on October 1.

The new directors are: 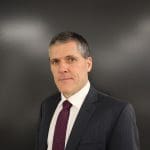 Michael Guerin has been appointed the organisation’s new CEO.

Mr Guerin, who grew up on a family farm in New Zealand, has held numerous senior executive roles in large corporations, including Regional and Rural Banking managing director at ANZ, and managing director and chief operating officer at Elders.

For the past two and a half years he has been working in a trade role for the South Australian Government as South-East Asia director.

He has also been a Rural Industries Research and Development Corporation director, and served as the CEO for the Northern Australia Cooperative Research Centre Bid team.

New WA faces on GrainGrowers Board 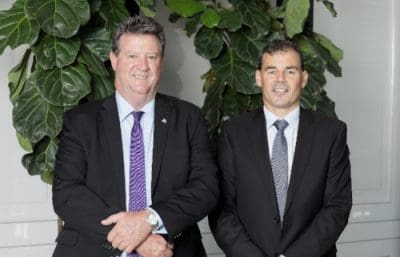 THE 2017 Australian Grain Farm Leaders Program graduates have been announced: 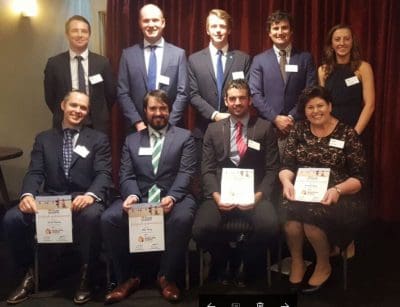 GrainGrowers’ national leadership program, which has been running for nine years, is designed specifically for emerging leaders in the Australian grains industry.

It has to date had more than 100 graduates from throughout Australia.

The 2018 program is open not only to grain farmers but to sponsored individuals who work in any sector of the Australian grains industry supply chain.

QUEENSLAND Minister for Agriculture, Fisheries and Rural Economic Development, Bill Byrne, has resigned as Minister due to a serious medical condition and will not recontest the seat of Rockhampton at the next state election.

Dr Anthony Lynham has taken over the role of Acting Minister for Agriculture, Fisheries and Rural Economic Development.

PROFESSOR Tim Reeves has been awarded the Colin Donald Medal for Agronomy, the most prestigious agronomy award in Australia, in recognition of his achievements as an eminent agronomist. 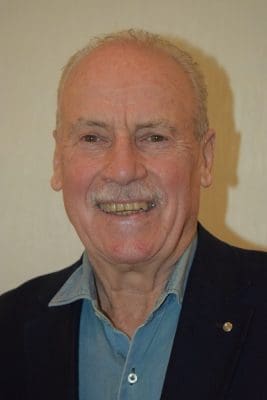 Originally from the United Kingdom, the University of Nottingham graduate was lured to Australia in 1967 to take up an agronomic posting with the Victorian DPI at the Rutherglen Research Institute where he pioneered no-till research in north-east Victoria.

His professional career was to go on to include holding the position of foundation professor of sustainable agricultural production at Adelaide University in South Australia (1992-95) and director general of the International Maize and Wheat Improvement Centre (CIMMYT) based in Mexico (1995-2002). 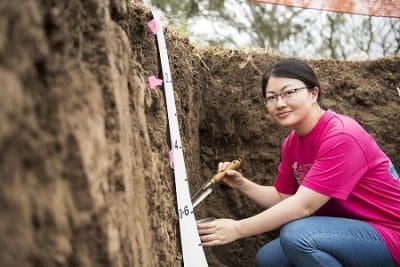 The challenge was held over four days with 12 teams made up of representatives from 11 different universities.

More than 50 students worked in teams and as individuals to examine soil and landscape profiles at sites around the agricultural food bowl of the Darling Downs and Lockyer Valley.

WHEN Riverina (Australia) and Agrex Australia merge into one company later this month, Riverina managing director, David Hunter, will remain while Agrex Australia chief executive officer, Yoshihiro Enosawa, will take up a position in senior management in the new company.

The newly-merged company will operate as Riverina (Australia) Pty Ltd from its headquarters in Brisbane, Queensland.

Agrex Australia has offices in Melbourne and Perth and also owns shares in the strategically placed Newcastle Agri Terminal (NAT).

While the Melbourne office will close, the Perth office will remain operative but change to the Riverina name.

AUSTRALIAN agricultural industry luminary David Crombie has been named the 2017 recipient of the trans-Tasman Rabobank Leadership Award, for outstanding contribution to the food, beverage and agribusiness sectors. 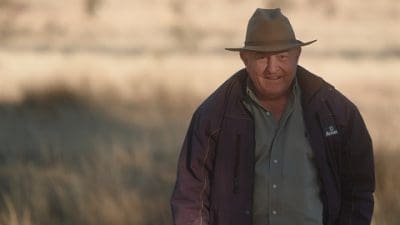 In a long list of agribusiness credentials, the fifth-generation cattle producer from south-east Queensland and former Australian Wallaby has served as president of the National Farmers Federation from 2006 to 2010, as well as chairman of Meat and Livestock Australia (from 1998 to 2005) and Meat Standards Australia (1996- 1998).

He was a Commissioner of the Australian Centre for International Agricultural Research (ACIAR) and served as Australian co-chair of the IndoBeef program.

Mr Crombie has also been closely involved in a number of organisations which support agriculture more broadly, including the Australian Rural Leadership Foundation, which he chaired from 2000 to 2008.

In addition to running his own farming enterprises, he was a founding partner of international development company GRM International (now Palladium) and served as managing director until 2000.

Mr Crombie remains on the Board of Palladium which is now recognised as a world leader in the delivery of development assistance and impact investment.

QUEENSLAND Crop Research (QCR) Ltd is seeking applications for five non-executive directors to guide investment in broadacre agriculture with a focus on acting as trustee of the new Darling Downs Research Station on behalf of Australian grain growers.

Applicants must possess directorships skills including the ability to interpret financial statements, an established understanding of governance, and demonstrated strategic thinking and planning skills.

Preference will be given to applicants with significant industry knowledge and/or experience in growing grain, R&D, and Australian cropping systems. Applications close 6 November. Visit: https://www.rimfireresources.com.au/

EMERGING female leaders from across the country are encouraged to apply for the 2018 AgriFutures Rural Women’s Award acknowledging and supporting the essential role women play in rural and regional businesses, industries and communities. 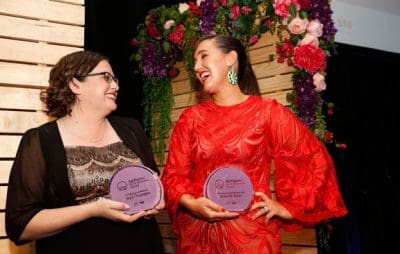 With applications closing on Sunday, 29 October, AgriFutures Australia managing director, John Harvey, said anyone who wanted to innovate and make a difference, or contribute to enhancing the prosperity of rural and regional Australia, should apply.

“The Award provides a life-changing opportunity for women to use and develop their skills to make a difference and benefit their industries and communities,” Mr Harvey said.

The Award, formerly the Rural Industries Research and Development Corporation (RIRDC) Rural Women’s Award, has been renamed and adapted to align with AgriFutures Australia’s new strategic direction on the changing face of Agriculture, where technology is transforming the sector and successful and impactful leaders are skilled, professional, dynamic, entrepreneurial, commercially savvy and connected.