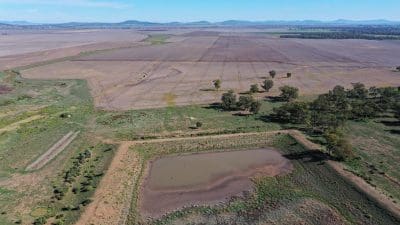 CONFIDENCE in the Liverpool Plains in north west New South Wales as one of Australia’s premier farming districts has received a boost from the sale at auction last Friday of the Piallaway property Inverary.

Offered account the estate of the late Colin Allston through Ray White Rural Gunnedah, the 1092-hectare holding sold to next-door neighbours the Craig family for $6.2 million.

Bidding started at $4m, and agent Tim Walsh said all three active bidders were adjoining or near neighbours.

“Inverary isn’t a big enough place to attract corporate interest, but it had a lot of interest from established farming families,” Mr Walsh said.

“They say ‘your place is never dearer than when two neighbours want it’.”

Inverary sits between Tamworth and Gunnedah, and is 10 kilometres north of Breeza.

Inverary’s sale price has equated to $5678 per hectare, which Mr Walsh said was in line with prevailing local values in a market which has seen little recent activity.

“There haven’t been a lot of sales in the Gunnedah district for the past 18 months because of the weather.”

Last year, very little winter crop was sown on the Liverpool Plains due to the driest autumn and winter in decades.

The region is enjoying a much better season this year.

“We’re in a very lucky part of NSW.

“Within 40-50km from Gunnedah in most directions it looks green, the crops are going well, and there are cattle on oats.

“When you compare it with this time last year, the difference is extraordinary.”

Inverary’s most recent crop was grown over the 2017-18 summer, and the property has been sold with no crop in the ground.

The property includes 430ha of heavy black-soil plains, 442ha of dryland cultivation and 222ha of grazing and support country.