RURAL LAND values in the Maranoa district have risen over 2017 to make them the top performer for inland Queensland, according to a Rural Bank report. 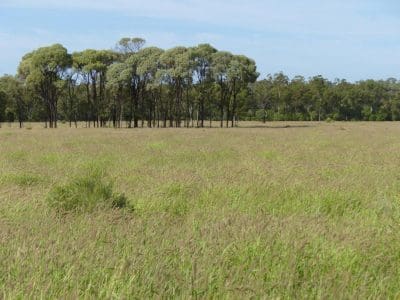 Rural Bank, as part of Bendigo and Adelaide Bank, looks at changes in rural land values across Australia based on municipalities, and its regional manager agribusiness for NSW and Queensland, John Ellwood, said the Maranoa’s performance bucked the inland trend.

“Outside of Far North Queensland, where there’s been good growth in cane areas, and around Bundaberg too, the Maranoa is a real shining light,” Mr Ellwood said.

Landmark Harcourts Roma agent, Darryl Langton, said inquiry for rural property in the Maranoa region was “exceptional”, and had been buoyed by grain as well as cattle production.

“The supply of properties is tight, and there’s upward pressure on prices.”

As Australia’s biggest  cattle-selling centre, Roma offers Maranoa producers a ready market in which to purchase store cattle, and sell progeny, and fattened and traded stock.

“Geographically, we are very well located, and we attract interest from buyers all over Queensland, NSW and the Northern Territory because we’re close to feedlots, and to the Darling Downs, which are both so important to the grains industry.”

Mr Langton said changes in property values in the Maranoa tended to run in cycles, and the region now looked to be near the top of the latest.

“We’re in good territory now because of strong cattle prices, and grain too, which has been helped by good returns mixed farming has been getting out of pulses particularly.”

“Demand seems to be growing month by month and auction by auction.”

Mr Langton said mixed farming country in the Hodgson-Mt Abundance district was nominally trading at around $2500/ha, with potential for higher rates for well-improved holdings.

“We’re in a period of consolidation, and an increase in price levels has to be expected.”

Mr Langton said the last top of the cycle came in 2008 and 2009, with a dip in values in subsequent years before prices started to gather momentum in 2014 and 2015.

“We are seeing some money coming in from institutional investors like superannuation funds, but the vast majority of sales are still family farms because they are growing in size.”

He said indicative agricultural land values 10 years ago were around $1500/ha, triple what they were 10 years prior to that.

Mr Langton said sales of properties were seasonal in the Maranoa.

“Cropping transactions tend to occur through winter, when there’s a strong soil-moisture profile, and the peak period for grazing is in summer, when there’s usually a good body of feed.”