LARGE-SCALE properties on the plains of south-eastern Australia have grabbed the limelight with the listing this week of the prized 15,000-hectare holding, Gundaline Station at Carrathool, and the sale at auction last week of Roseochi, a dryland aggregation in the Murray/Mallee which has set a new per-hectare price record for large-scale cropping country. 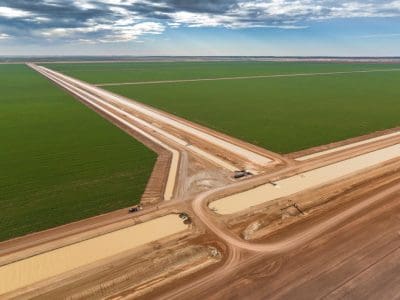 Riverina irrigation property Gundaline Station is up for sale.

The development of irrigation at Gundaline has made it one of the southern Riverina’s major cotton growers, with annual production of 30,000 bales now in sight.

The station is being offered for sale by an investment consortium led by Southern Agricultural Resources, which purchased the asset from the Twynam Group in 2014.

With its frontage to the Murrumbidgee River, Gundaline has more than 6000ha of furrow irrigation, more than half of it developed under the current owners. The balance of the area comprises land suitable for grazing, or development into permanent plantings and additional furrow irrigation.

Gundaline has been jointly listed with Kidder Williams’ Tim Faulkner and CBRE’s Danny Thomas, who are overseeing the sale via an International Expression of Interest campaign.

“The vendors have strategically acquired and diligently developed the property since purchase to create a world-class asset,” he said.

“The development has been executed to an extremely high standard, with significant investments made in land forming, irrigation infrastructure and soil improvement.”

Gundaline’s water comes from a 16,000 megalitres (Ml) Murrumbidgee Zone 2 Groundwater Entitlement, 4,515Ml of Supplementary Entitlement, and annual surface or temporary water direct from the Murrumbidgee, or the right to purchase High or General Security water entitlements.

“There is significant upside for an incoming investor for further development to row-cropping, or to take the land and water entitlements to its highest and best use: permanent plantings.”

Around $200 million worth of development is currently being undertaken by Olam and RFM on the nearby property, Kerabury, and Mr Thomas said Gundaline would similarly appeal to investors seeking development opportunities for edible nuts, avocado and citrus.

The property is being offered for sale as land, structures and water entitlements only, or walk-in walk-out; a sale of shares will also be considered.

THE Roseochi dryland cropping aggregation in north-west Victoria’s Murray/Mallee region sold at auction last week to an undisclosed southern Queensland interest for $8.1 million to set a new district record of $3645 per hectare for a large-scale parcel of arable land. 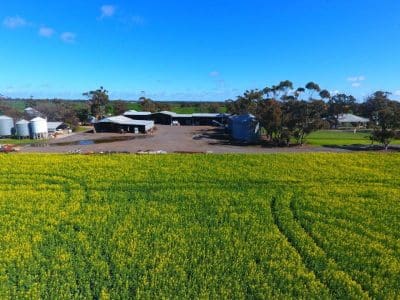 Roseochi in Victoria’s Murray/Mallee has sold for $8.1 million, or $3645 per hectare.

Elders Wycheproof agent, Peter Robertson, handled the sale on behalf of vendors Alex and Helen Jobling, who will be retiring on settlement after the winter crop currently in the ground has been harvested.

“It’s exceptional red loam cropping country and it got an outstanding result, with good competition at auction coming from locals, and from the Western District to the south,” Mr Roberston said.

Roseochi  is located in the Goschen district 25 kilometres south-west of Swan Hill, and Mr Robertson said the size of the aggregation at 2226ha was large enough to justify an initial investment in the area.

“Anything up to about 1200ha is more likely to sell locally, but this sizeable parcel gives someone new to the district a base to expand from if that’s what they want to do,” he said.

“It’s the highest average price we’ve seen for a cropping enterprise of this size, and it represents a good investment in a lighter-rainfall region.”

Mr Robertson said the addition of lentils to the Murray/Mallee cropping rotations, as well as improved farming practices where growers can match fertiliser to crop potential, were factors in making the region a more attractive investment option.

“We’re getting more and more people looking up here for cropping country which can perform well and consistently.”

Mr Robertson said while a single block in the wider district had sold for around $3800/ha, the Roseochi sale had set the new benchmark for large-scale cropping operations.

Relocating and expanding family farming operations have been the major buyers of this type of cropping country in recent times, with corporate interest also present.