The median price for arable farmland across Australia rose by 27 per cent in 2021. Photo: LAWD

THE PRICE of Australian farmland is set to record another year of “double-digit growth” in 2022, according to agribusiness banking company Rabobank.

It shows agricultural land prices across the country rose in 2021 by 27 per cent (median price per hectare), with double-digit annual growth recorded across all states.

“Almost similarly-strong year-on-year growth has occurred so far in 2022 across our available data set, which currently covers about 30pc of the estimated full-year 2022 Australian farm sales,” the report said.

The size of land deals is also continuing to increase.

International comparison shows Australia has also outpaced many other countries in recent years when it comes to growth in agricultural land values.

Report author, RaboResearch general manager Australia and New Zealand Stefan Vogel said this growth has been driven by a very positive “constellation of factors”, including strong agricultural commodity prices and good production volumes enjoyed by many in the nation’s farm sector.

He said this has “bolstered farmers’ cash reserves and driven demand for land purchases”.

“For multiple years in a row, the macro settings have been exceptionally favourable for land purchases,” Mr Vogel said. 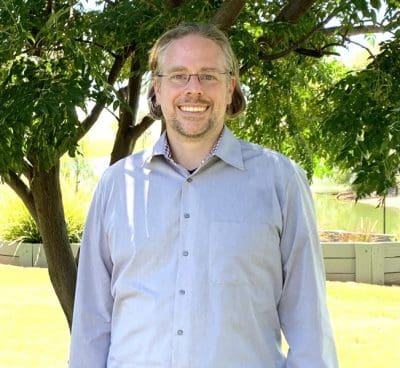 “Prices of most major agricultural commodities hit or moved close to record highs, widespread rainfall has supported Australian production and interest rates have been at record lows.”

“Our base-case forecast is that farmland price growth will continue, but we expect a significant slowdown in the rate of growth of prices in 2023 and the years beyond to 2027 from the unprecedented strong growth seen recently,” Mr Vogel said.

This view is driven by a declining economic outlook, with higher farm-operating costs and lower farm incomes expected in comparison with recent buoyant conditions.

Mr Vogel said the market could not be expected to sustain a continuation of the massive rates of growth seen in land prices in recent years.

“The tide is turning slightly as the land market needs to take a breather after the staggering growth over the past 18 months, and also given the increased cost of finance and of farm inputs like energy and fertiliser.

“There is also the likelihood of agricultural commodity prices and production volumes in coming years falling short of the exceptionally high or even record levels seen in 2021 and the first half of 2022.”

Mr Vogel said while agricultural commodity prices are likely to stay well above the five-year average for the next one to two years, costs are also expected to exceed their five-year average, and interest rates are rising.

“However, in our view, a more severe slowing than our base case forecast or a decline in agricultural land prices would require a significant worsening in conditions, like a substantial drought forcing herd liquidation, a multi-year loss of major export markets or the unlikely case of interest rates climbing to the levels last seen in the early 2000s.”

For the states, the report found some of the biggest increases in farmland prices in 2021 had occurred in Victoria and Queensland.

Overall, the median price for arable (non-irrigated) farmland across Australia rose by 27pc in 2021.

Rabobank’s report also shows agricultural land deals are getting bigger, with 9pc of grazing and 6pc of arable farm sales exceeding $10 million in 2021, particularly in Queensland and New South Wales.

By region, the data set showed 30pc of the nation’s farm sale deals occurred in NSW in 2021, with 22pc in Queensland, 20pc in Victoria, 12pc in Western Australia, 11pc in South Australia 4pc in Tasmania.

Mr Vogel said analysis of past periods of rate rises does not show any immediate downturn in farmland values, either in Australia or abroad.

“Australian data on land values reaching back to the early 1990s does not show an immediate negative impact on farmland values from moderate interest rate increases.

“While the correlation is also weak between land prices in other regions of the world declining and interest rates increases.”

Rather, it is the longer-term recessionary impacts on the broader economy which often follow interest rate hikes that are found to exert downward pressure on farmland values, the report said, and this is generally with a delay of several years.

While demand for agricultural land in Australia is strong, the report says, it is a different story when it comes to supply, which remains tight.

“Our research shows that while demand for purchasing more land has come off recent highs, there is still solid appetite for farm expansion, driven by healthy farm balance sheets following good seasons and also a fear of missing out on the few opportunities that come up to purchase land,” Mr Vogel said.

“Competition has been fierce for land purchases and we observed a FOMO (fear of missing out) factor, which has sometimes prompted buyers to enter the market earlier than they had planned not knowing when an opportunity may arise again, and, in some cases, entering expressions of interest for a property that were much higher than the productive value might justify in order to secure the purchase.”

Overall, 6pc of Australian farmers have intentions to buy land within the next 12 months, recent Rabobank research shows.

Interest from local and foreign investors is also expected to continue to add depth to farmland demand, the report says.

“Investors will continue to be attracted to agriculture, not only for competitive returns, but also because returns are often less volatile and not necessarily correlated to other asset classes.”

Mr Vogel said, for foreign investors, while increased restrictions from the Foreign Investment Review Board (FIRB) have extended turnaround times and made some purchases more difficult, they have “not decreased the appetite for Australian ag land”.

Compared with other parts of the world, the report found, price growth for Australian cropping land in recent years has outpaced that of the US, Canada and Western Europe, “but couldn’t keep up with the surge in Brazil and the eastern EU’s grain export powerhouse, Romania”.