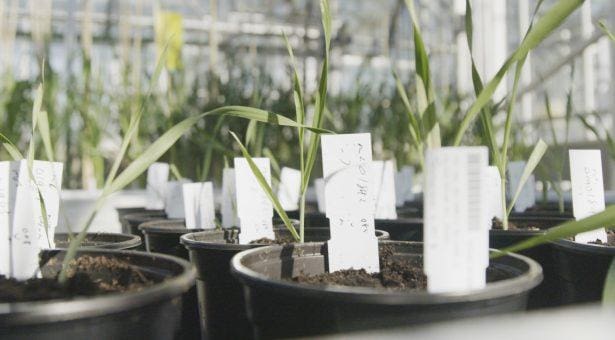 SCIENTIFIC experts are calling for governments around the world to come together and fund a new international research platform, to reduce the impact of major wheat pathogens and improve global food security.

The John Innes Centre in the United Kingdom is calling for an internationally coordinated approach to deliver a new ‘R-Gene Atlas’, which would help identify new genetic solutions conferring disease resistance for crops, which could be bred into commercial wheat varieties.

Globally, one fifth of the projected wheat yield is lost annually to pests and pathogens totalling losses of 209 million tonnes. The climate emergency has the capacity to bring further disruption to global food supplies, as a changing environment brings new types of pests and diseases and increases their spread.

To minimise these losses, and to reduce reliance on chemical solutions, the team calls for broader use of disease resistance to be found in the genome of wheat and its wild relatives. The aim is to provide long-lasting molecular protection against wheat’s major pathogens including wheat rusts, blotch diseases, powdery mildew, and wheat blast.

In 2016 global trade saw the wheat blast fungus, typically isolated to South America, arrive in Bangladesh, where it destroyed 15,000 hectares of wheat, resulting in yield losses of 25-30 per cent and threatening wheat production across South Asia.

Wheat R genes work by recognising corresponding molecules in the pathogen called effectors. By identifying the effectors present in pathogen and pest populations, more durable combinations or “stacks” of R genes could be designed.

The R-gene atlas will be a free online portal containing this genetic information and enabling breeders to design gene stacks using computer modelling before starting their breeding in the field.

It will enable users to design molecular markers that could be used to find out what resistance genes they already have in their breeding programme or wheat populations.

The idea builds upon the recent surge in genomic resources available to researchers in wheat, facilitated by advancements in sequencing technologies and bioinformatics.

In the past few years, researchers at the John Innes Centre and The Sainsbury Laboratory have rapidly identified and cloned resistance genes in wheat and its wild relatives using technologies such as AgRenSeq, MutRenSeq and MutChromSeq.

The new proposal details how the molecular components involved in disease resistance – R genes and effectors – could be captured from both the host and pathogen. Whole genome sequencing would be carried out on diversity panels of wheat, its progenitors and domesticated and wild relatives.

Association genetics, a method of seeking useful genetic variation, could then be used to look for correlations between the host genotype and disease resistance or susceptibility and the genes responsible for these traits could be identified. The researchers calculate it would cost around £41 million ($58.6 million) to establish the new platform at the required scale. Costed, detailed proposals for the R-Gene Atlas are set out in a new article in Molecular Plant.

This would include sequencing diversity panels of the pathogens and 10 host species of wheat, as well as funding 75 scientists across the world to carry out the work.

This, they suggest, could be funded by contributions of UK£2 million per G20 country spread over five years – a minor investment considering the current financial losses across the world to wheat diseases. This extensively collaborative funding model would spread the risk on a project which would have global reward.

“Compared to the scale of the problem in yield losses to pests and pathogens, this represents excellent value for money,” says first author Amber Hafeez.

“It is unsustainable to continue feeding 20 per cent of our wheat production to pathogens. Our enterprise applies cutting edge science to a global challenge that is increasing due to the climate emergency.”

The proposal involves bringing together an international consortium to allow the project to draw upon existing expertise and resources.

“A lot of the pieces of the puzzle already exist, the idea is to bring them together to make sure we don’t duplicate efforts,” says Dr Brande Wulff, corresponding author of the article.

“We see it as a centrally coordinated model distributed around different countries, using existing capacity.

“Current projections suggest there will be 2.1 billion more people to feed by 2050 and developing disease-resistant crops will be a key part of sustainably feeding us all. We’re determined to develop new ways to increase our genetic understanding and deploy it for the benefit of sustainable agriculture, but we cannot do this without investment.

“We are urging the G20 governments to invest in the consortium, which will bring disease resistance genes from lab to field at a scale and speed needed to deal with the current crisis.”

The idea has been trialled earlier this year and has drawn an enthusiastic response from the international wheat research community.

“We have been delighted with the initial enthusiastic response to our proposals – many research groups and collaborators have welcomed the idea and we feel this confirms our belief that the time is right for this proposal,” Amber Hafeez said.