AEGIC technical workshops a success with millers in Indonesia, Philippines

MAJOR flour millers in Indonesia and the Philippines have had a chance to gain a better understanding of the quality and suitability of Australian wheat for South East Asian markets.

“The South East Asian region is the largest and most important market for Australian wheat, representing about 44 per cent of Australian wheat export volumes over the past five years,” Dr Cato said.

“These markets collectively imported about 42.9 million tonnes (Mt) over the past five years at a value of A$2.9 billion per annum.

The workshops followed similar events in 2016 and were popular and well received by attendees.

The Manila workshops (February 20-24) were hosted by the Filipino-Chinese Bakery Association, Inc and were attended by seven flour milling companies. 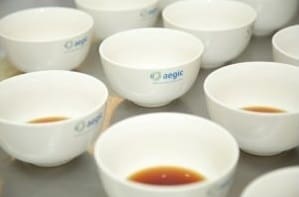 “These workshops are very important since this is the means of connecting and understanding the needs of the customer by a supplier,” she said.

“With this type of activity, technical people like AEGIC can also understand the needs of the industry wherein you can communicate these needs to the wheat growers.”

“We always need more updates in knowledge for enhancing our capabilities and expertise in wheat flour for all product applications,” he said.