Grains trade talks to focus on Vietnam and China

NATIONAL representative body, GrainGrowers, will work to enhance export opportunities for Australia’s quality grains and improve business relationships with major customers through a number of conference presentations and consultations with high-ranking government officials in Vietnam and China over the next fortnight. 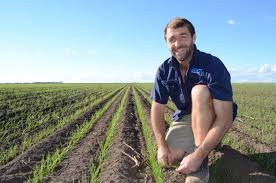 At the centrepiece of the visits will be a presentation by northern NSW grain farmer and GrainGrowers’ national policy group member, Ian Gourley, at the Australian Grains International Conference (AGIC) Asia.

AGIC Asia is an annual international grains conference and will be held on Tuesday, March 7, in Ho Chi Min City, Vietnam and Thursday, March 9, in Shanghai, China.

The conference, which is attended by international grain traders, millers and processors from across the globe, is hosted by Grain Trade Australia (GTA), the Australian Oilseeds Federation and Pulse Australia, and is sponsored by GrainGrowers.

Mr Gourley and his family, farm up to 8000 hectares of wheat, chickpeas, faba bean and cotton each year near Narrabri in north-west NSW.

With previous experience trading grains and protein meals for ConAgra, Mr Gourley is actively involved in the marketing of his farm’s grain, selling into all markets including domestic stock feeds direct to sheep farmers and feedlots, the international container trade and the bulk export market.

“Improved communication between processors and growers is vitally important in achieving the standards needed by our customers for quality end products,” Mr Gourley said.

“Such factors as the right variety and protein level also impact dramatically on the profit margins of Australian growers and can significantly affect the suitability of our grains for different end uses.”

GrainGrowers’ trade and economics manager, Dr Cheryl Kalisch Gordon, said GrainGrowers’ involvement in the AGIC Asia and subsequent discussions with senior officials would assist in building closer trade and marketing engagement between Australia, Vietnam and China, and capitalise on opportunities for Australian grains.

“Both Vietnam and China are valued current, and future, markets for Australian grains. Both vied to be Australia’s second largest export wheat market in 2015-16, importing 1.3 and 1.4 million tonnes each respectively, and together accounting for almost 17 per cent of our wheat exports,” she said.

“However, there is a range of import requirements and processes that can stifle the full opportunity for Australian grains to meet the growing Chinese demand for quality grain and in our discussions we will be investigating prospects for streamlining these.”

Dr Kalisch Gordon, together with representatives of the Grains Industry Market Access Forum (GIMAF), GTA and the Australian Grains Export Innovation Centre (AEGIC), will meet with officials of the Vietnamese Ministry of Agriculture and Rural Development, the Chinese Chamber of Commerce, the Chinese State Administrator of Grains and Australian government representatives in Beijing and Hanoi.