THE results of the second industry survey of non-tariff measures (NTM) which affect the Australian grains industry have been released today.

This landmark report enabled the industry to prioritise and communicate the impact of NTMs on the grain trade to government and other stakeholders for the purpose of improving market access for Australian grains and delivering improved returns for Australian grain growers. 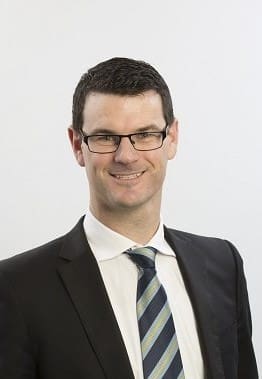 Jointly led by Grain Trade Australia (GTA), GrainGrowers and GIMAF, the report has identified that NTMs, particularly maximum residue limits (MRLs) and technical barriers to trade continue to be a major focus for the industry, increasing the compliance risk and cost of doing business, and in some cases, inhibiting access to markets.

The 2019 report has clearly identified that MRLs are becoming an increasingly significant barrier for Australian grains exporters.

“Continued and improved market access is essential for the future success of the industry and grower profitability.”

“Free Trade Agreements and World Trade Organisation reforms have delivered a reduction in tariff rates across a range of export markets, resulting in the expansion of export market opportunities,” Mr O’Shannassy said.

“While tariffs and quotas are still important in some markets, in general they are now less restrictive and harmful for the grains sector than the emerging and growing NTMs that affect trade.”

Mr O’Shannassy said the industry’s ability to prioritise and communicate NTMs and their impact to Government had helped to focus resources to high priority area.

The report identifies over 100 NTMs across almost 20 markets, including many of Australia’s most important markets. “NTMs have been found to affect virtually all grains, although the greatest number are for wheat, barley and canola. And while smaller crops may show fewer NTMs, the impact can be significant if the NTM represents a major restriction in a major market, placing almost all of the trade for that commodity at risk.”

“The industry is facing diverging and tightening MRLs in a number of markets which is limiting export opportunities and hurting Australian grain farmers,” Mr Russell said.

“Technical Barriers to Trade (TBTs) such as restrictive import permits and certification requirements, are affecting the grains industry, while emerging NTMs include regulation of biotechnology and plant breeding of innovative products.”

Mr Russell said the project found that NTMs could be highly trade restrictive and harmful for the industry.

The impacts of NTMs can be broad and include higher operational and commercial risk for exporters, increased risk of trade bans or restrictions and increased cost of compliance.

“More than 60 per cent of NTMs result in in either increased compliance costs or risk, and around 10pc restrict market access for Australian grains.”

“Most NTMs are a normal part of doing business, but Government and industry must work together to address the current and future market access challenges where they form a barrier to trade. This project has been a welcome joint initiative and will help prioritise and develop a workplan for the industry,” Mr Worrell said.