THE recent purchase by Australian investment firm, Blue Sky, of Hayloch and Katika at Gunbar is set to further expand cotton area in the Riverina region of southern NSW. 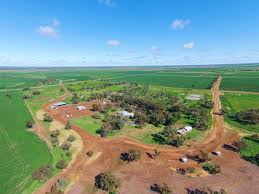 Adjoining Riverina properties Hayloch and Katika have been bought by Blue Sky.

The listed properties, which were sold by the Skinner family to Blue Sky last month, have around 1200 hectares out of a total 2456ha developed for irrigation.

This irrigated area has been used primarily to grow rice and winter cereals, and sources said Blue Sky would be developing it to row-crop cotton.

On-farm water storages, as well as existing entitlements from the Murrumbidgee River, bores, and supplementary allocations, are expected to allow Blue Sky to increase the irrigation areas on Hayloch and Katika.

The impending switch for the adjoining properties into cotton production has added momentum to the growth of the cotton industry in southern NSW.

The properties, located north of Carrathool and 65 kilometres west of Griffith, are believed to have sold at $2500/ha to give a total of pricetag of $6.1 million.

Dryland area on the properties has been used mostly for winter cropping, lucerne and beef cattle and prime lamb production.

Blue Sky already owns cotton country in the Riverina; the company was not available for comment.