CERTAIN types of domesticated wheat have complicated origins, with genetic contributions from wild and cultivated wheat populations on opposite sides of the Fertile Crescent. 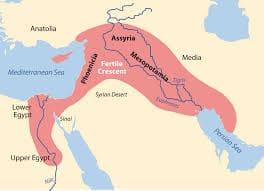 A wild form of wheat called emmer wheat was one of the first plant species that humans domesticated.

Emmer is not grown widely today, but gave rise to the durum wheat used for pasta and hybridised with another grass to make bread wheat, so its domestication was an important step in the transition from hunting and gathering to agriculture.

While the archaeological record suggests that cultivation began in the southern Levant region bordering the eastern edge of the Mediterranean Sea around 9500 years ago, genetic studies point to an origin in the northern region of the Fertile Crescent, in what is now Turkey.

To clarify emmer’s origins, researchers screened 189 types of wild and domesticated wheats and used the more that 1 million genetic variations that they identified to piece together the genetic relationships between different kinds of wheat. 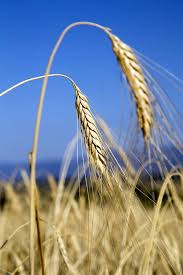 Based on the analysis, the researchers propose that an emmer crop, which humans cultivated but had not yet domesticated, spread from the southern Levant to southeast Turkey, where it mixed with a wild emmer population and ultimately yielded the first domesticated variety.

The results of this hybridisation can be detected in wild emmer plants in Turkey today.

The authors add: “We used next-generation DNA sequencing technologies to detect hundreds of thousands of variants in the genomes of wild and cultivated emmer wheat, giving us an unprecedented insight into the complexity of its domestication process. The patterns we observed do not fit well with a simplistic model of fast and localized domestication event but suggest instead a long process of cultivation of wild wheat by hunter-gatherer communities connected throughout the Fertile Crescent, prior to the emergence of a fully domesticated wheat form.”

Terence Brown and colleagues at the University of Manchester report their findings in a new paper published January 22, 2020 in the open-access journal PLOS ONE. Read the freely available article in PLOS ONE: https://journals.plos.org/plosone/article?id=10.1371/journal.pone.0227148