ON-FARM deaths have remained steady at 33 for the six months to June 30 – a similar number to the 34 recorded for the same period last year, according to AgriFutures Australia’s ‘Non-intentional Farm Related Incidents in Australia 2020 mid-year report’.

On a state-by-state basis, Victoria recorded the highest number of fatalities at 11 for the first six months of this year, followed closely by Queensland with 9 and New South Wales with 7.

Since 2001, 1523 people have lost their lives on a farm due to non-intentional injury in Australia. 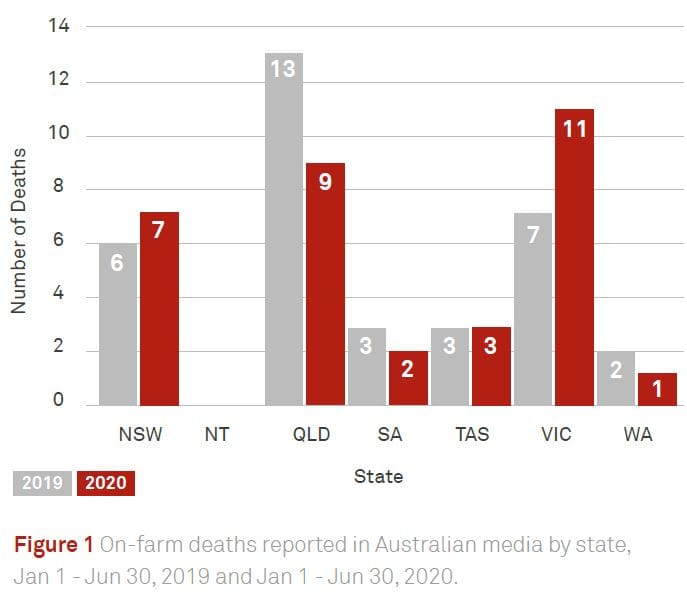 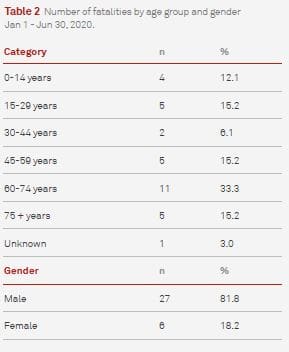 An additional 71 non-fatal on-farm injury events were reported in the Australian media for the current reporting period.

Again, quad bikes (27) led the statistics for the leading cause of injury, followed by horses (9), tractors (8) and motorbikes (6). These four agents (50) accounted for over 70pc of all incidents. More than 60pc of the incidents occurred in Queensland.